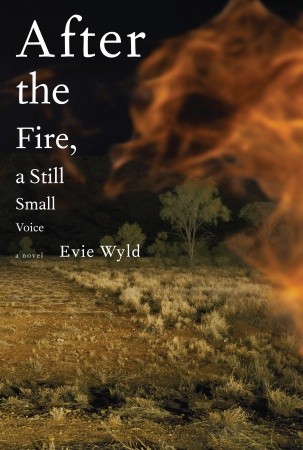 The Publisher Says: Set in the haunting landscape of eastern Australia, this is a stunningly accomplished debut novel about the inescapable past: the ineffable ties of family, the wars fought by fathers and sons, and what goes unsaid.

After the departure of the woman he loves, Frank drives out to a shack by the ocean that he had last visited as a teenager. There, among the sugarcane and sand dunes, he struggles to rebuild his life.

Forty years earlier, Leon is growing up in Sydney, turning out treacle tarts at his parents’ bakery and flirting with one of the local girls. But when he’s drafted to serve in Vietnam, he finds himself suddenly confronting the same experiences that haunt his war-veteran father.

As these two stories weave around each other–each narrated in a voice as tender as it is fierce–we learn what binds Frank and Leon together, and what may end up keeping them apart.

My Review: How awful it must be to be heterosexual...to know, with the full force of society's blasting, trumpeting inculcation of knowledge that your Object of Desire will not, can not, indeed may not, ever make sense to you.

Evie Wyld presents the stories of three generations of miserable men and the women they screw up in this, her debut novel. Lady's got guts, let's hand her her just props...she writes of the horrors of war as experienced by these men with the assurance of a far more mature (in experiential terms) writer. She fails signally to give these three generations of men any distinguishing characteristics. She tells the tale through the eyes of two of the three men, in (for no apparent aesthetic or organizational reason) alternating chapters.

She writes well when we're considering lines (plenty of examples, just open the book anywhere and you'll hit a good 'un); but why did Evie Wyld tell this particular story? I don't know. And that, ladies and gents, is a problem.

So am I supposed to think she's brave, for writing about men, or am I supposed to think she's sensitive, for understanding them? I don't think she's brave because she's created one man, a miserable loser with no delusions as to his own adequacy still less superiority; a character who, no matter which name-label she slaps on him, doesn't grow, change, or even demonstrate more than lizard-brain function. I don't think she's sensitive because each and every man she limns is a shit of the first water, abusive of or vampiring off the women in the book.

I'm really, really sick of women portraying men in this light, and then having other women yodel their praises for doing this eternal, socially acceptable hatchet job on men. This book, for reasons I can't understand, is a longlister for the Orange Prize. She's got promise, I grant you, and she's got some native *thing* that makes her place evocations arm-hair-pricklingly good. But this isn't a book I will ever read again, and I don't recommend it.
Posted by Richard at 1:54 PM