Lawrence Durrell's Last Book, and a beauty it is 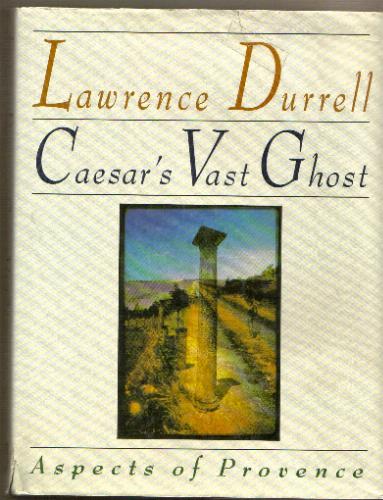 The Publisher Says: Before Peter Mayle there was Lawrence Durrell, who for more than 30 years made Provence his home. In this, his last book, he distills the affection and understanding of half a lifetime, describing the rich culture and giving breath to the history that still invests the land. 39 color photos.

My Review: This gorgeously illustrated trip through Mr. Durrell's experiences in Provence over the course of three-quarters of a century (1920s to 1990s) was a delight. I don't habitually read books of the An Italian Education or Toujours Provence ilk. I tend to want to experience a place for myself, or simply not to care about it. This is an excellent book, though, because it's not larded through with carefully thought out "random musings" or cursed with the destination-article breathlessness that I experience in so many place-books.

Durrell's prose is a polarizing factor about the book. One will either enjoy its lyricism:


What are the French really like? ...I found myself thinking back to my own early youth, to the first shock of my encounter--at about twenty years of age--with Paris. It was like a sudden unpremeditated chord on the piano--a chord I had never struck before. The city was full of a subtle sort of oxygen which mounted to the head.

on p27
Or one will be repulsed by its phony-tony-ness (example above again). I was about evenly split in my decisions on his style, but in the end I felt I had so much more pleasure from it than I had wincing pains, that I came down on the plus side.

The lovely object of the book itself is a sheer pleasure to hold. It's an oversized book, though not a huge one; it's a four-color book with many nicely chosen images to illuminate the text. Arcade Publishing bought the book in from Faber and Faber, the UK originators of it, back in 1990-91. Its beautiful four-color endpapers, a riot of color in a drawing by one Oscar Epfs (of whom I had never before heard), are exemplary of something I miss in today's more somber book production: A sense of the object "book" as a desideratum of its own, separate from whatever merits and qualities the text might have.

I don't recommend this to fans of Peter Mayle, but rather to fans of lyrical prose and leisurely impressionistic immersive reads.