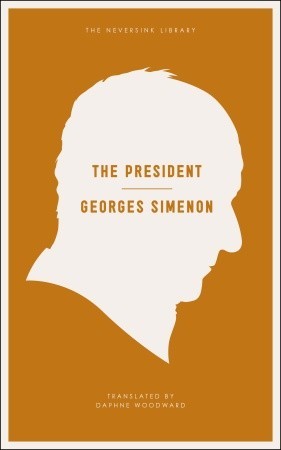 The Publisher Says: Restored to print for the first time in more than forty years, The President was hailed by the New York Times as a “tour de force.”

At 82, the former premier lives in alert and suspicious retirement—self exile—on the Normandy coast, writing his anxiously anticipated memoirs and receiving visits from statesman and biographers. In his library is the self-condemning, handwritten confession of the premier’s former attaché, Chalamont, hidden between the pages of a sumptuously produced work of privately printed pornography—a confession that the premier himself had dictated and forced Chalamont to sign. Now the long-thwarted Chalamont has been summoned to form a new coalition in the wake of the government’s collapse. The premier alone possesses the secret of Chalamont’s guilt, of his true character—and has publicly vowed: “He’ll never be Premier as long as I’m alive... Nor when I’m dead, either.” Inspired by French Premier Georges Clemenceau, The President is a masterpiece of psychological suspense and a probing account of the decline of power.

My Review: I got a CARE package from one of my old pals from Texas, filled to the brim with Simenon works...but not the Maigret stories, to my relief (read 'em all) and delight (I've never read any of the non-Maigret books)! The President is a delicate and careful autopsy of a once-powerful man's reluctant and relieved laying down his armaments. His life always consisted of public service, unmarried and childless and grasping for the levers of power to make his isolation into welcome solitude.

Simenon's Maigret novels are, as murder mysteries must be, formulaic. Simenon's gift came from creating a rich and satisfying story from these commonly available materials. It's a bit like watching Meryl Streep in a movie: She IS the role, she can't be more than glancingly perceived as the actress who starred in any other movie. Chameleons have that talent...so do cuttlefish...yet to find the gift of remodeling one's self in our smelly, sweaty human selves amazes and delights us every time.

This 152-page tale is a welcome surprise in this era of bloated, dull series books that could and should have been short stories. In my view, the less an author says, the more s/he has to focus and deliver a high-quality experience. Simenon wrote what was necessary to illuminate the long career of the eponymous president and place it in an historical setting. The impact of the actions taken by the president become, by design but still of necessity, quiet bombshells...silent even in their death throes.

This is a book to savor, to sip and ponder the complex flavors mixed in exacting proportions. A simple story, made well, translated carefully, and presented without hype. It is a treat in a literary landscape as pillowy-soft and cloyingly sweet as today's is simply to be told that great hearts still beat faster in pursuit of desired items and outcomes. And they remain great hearts, giving their all and making no excuses.
Posted by Richard at 6:30 AM