THIS MARLOWE, an historical novel of espionage, treason, suborned honor, and gay love 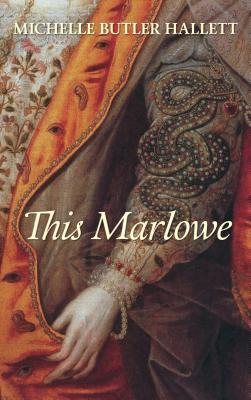 The Publisher Says: 1593. Queen Elizabeth reigns from the throne while two rival spymasters Sir Robert Cecil and the Earl of Essex plot from the shadows. Their goal? To control succession upon the aged queen's death. The man on which their schemes depend? Christopher Marlowe, a cobbler's son from Canterbury who has defied expectations and become an accomplished poet and playwright. Now that the plague has closed theatres, Marlowe must resume the work for which he was originally recruited: intelligence and espionage.

Fighting to stay one step ahead in a dizzying game that threatens the lives of those he holds most dear, Marlowe comes to question his allegiances and nearly everything he once believed. As tensions mount, he is tossed into an impossible bind. He must choose between paths that lead either to wretched guilt and miserable death or to love and honour.

An historical novel with a contemporary edge, This Marlowe measures the weight of the body politic, the torment of the flesh, and the state of the soul.
Posted by Richard at 6:30 AM No comments:

THE SECRET KNOWLEDGE OF WATER, outdoors life at its most contradictory 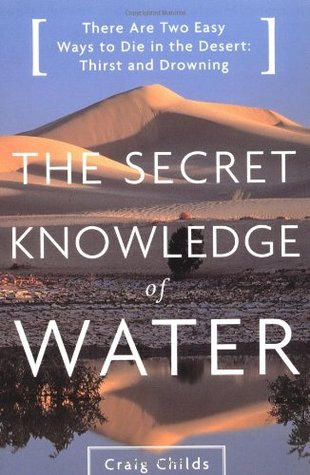 The Publisher Says: Like the highest mountain peaks, deserts are environments that can be inhospitable to even the most seasoned explorers. Craig Childs, who has spent years in the deserts of the American West—as an adventurer, a river guide, and a field instructor in natural history—has developed a keen appreciation for these forbidding landscapes: their beauty, their wonder, and especially their paradoxes. His extraordinary treks through arid lands in search of water are an astonishing revelation of the natural world at its most extreme.

My Review:
Posted by Richard at 6:30 AM No comments: