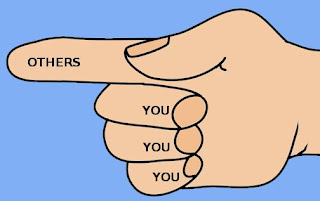 I've been gone for a while, some nasty health challenges are at last clearing up...goddesses please bless the drug industry for its many successes!...but one thing, or more precisely two things, happened in December and January that reduced my desire to do this unpaid and non-commercial blog thing.

I got snarked at by A Famous Author on Facebook for calling out authors on what he was pleased to call "your mediocre reviews" (his had four stars lest you think I was making a point of being rude to him) and two weeks later on Twitter another Famous SF Author snapped about the way people "who think they're being helpful" by highlighting typos and the like, when all it does is cause Amazon to list that product as problematic.

Well, gents, a giant "fuck you" to reviewing your books, and the crappy, badly edited, typo-ridden books of indie authors. As to whom I'm intending to help, it ain't the author who can't or won't or doesn't think she needs to hire a copyeditor and a proofreader. They're different, equally important jobs; neither should be loaded onto a developmental editor, whose art is making your story better, not your book salable.

Can't afford it? Don't publish until you can. Publish anyway? Fix the errors your readers have alerted you to.

And belt the fuck up about how anyone who's paid for your book "owes" or "should" review it at all, still less only positively. No one owes you dick. You wrote the best book you could? Gold star, muffin, now put it in a drawer and glow with pleasure at this not inconsiderable achievement. Enter it into the commercial world and you're going to have to play by that world's rules.

I want to be clear: I do not have any income stream from book reviewing by my choice. When I've written reviews for other venues, they are and will be unpaid. I can't afford to make money because the US disability system says I must be in abject, unending poverty to have access to my Social Security payments (at less than half of what they would be if I'd retired on time). I ***hate*** advertising, so I'm not going to attempt to monetize this little tiny blog. So there's no reason for me try for huge readership, or to seek out the rare paying gigs that career writers BADLY NEED. I review books because I'm a tsundoku-suffering biblioholic without the slightest will or desire to be "cured" of my addiction. So here I am, asking you to read my reader-response reviews of books I've liked, loved, or (infrequently) loathed. There's no need for me to trim my cloth to the needs of others, and I won't, but the sheer noxious idiocy of syaing in public that readers owe anything except the purchase price of the book to the author, or that a reviewer shouldn't say to a writer "I liked your book!" by mentioning that they've written a review of it, is something I won't let pass unchallenged.

Happier topics: 2019 was a *stellar* reading year! For the first time ever, I had two six-stars-of-five reads: Black Light: Stories, a debut story collection that gave me so much pleasure I read it twice (ever rarer occurance that), and the wrenching, gutting agony of Heart Berries, a memoir of such honesty and such vulnerability that I was a wreck after I finished it. I went back and forth a dozen times, first Author Parsons was the sixer, then Author Mailhot; neither book could possibly "win" for long because I couldn't get either book out of my mind.

I handed out 34 5- or damn-near-5-star reviews out of 155 reviewed books on LibraryThing and/or Goodreads; that's 22% of the total and that is a LOT. Many, even most of these (10+) were for short stories, for end-of-beloved-series novels, or for story collections. But hold on to something heavy: TWO, yes that's t-w-o dos due deux zwei два were...POETRY COLLECTIONS. Sarah Tolmie's The Art of Dying and the late Frank Stanford's collected poems, What About This: Collected Poems of Frank Stanford. Both were peak reading experiences. Another was cultural monadnock George Takei's graphic memoir They Called Us Enemy, which could not be more important for young people today to absorb.

What a beautiful year it was, to bring so many delights to my door. I hope, greedy thing that I am, that 2020 will repeat this performance. For all of us, really...honest! I didn't just add that on the end of this summing-up to make it sound less solipsistic.

In 2020, I wanted to post 10 book reviews a month on my blog. As of 26 February, I haven't posted a-one! The mitigating factors, some anyway, are listed above; but I need to get this train rollin' or the deficit will become daunting quickly. Even so, I still read a story every other day, as 2019's total of 155 (a lot of individual stories don't have entries in the sites' databases so I didn't post them individually; guess I should do more to sync the data this year) reads shows; so it's doable, and I've done better than that in the past.

I will Pearl Rule books I'm not enjoying with notes on Goodreads & LibraryThing about why I'm abandoning the read.

...and that's me done. My reports will continue to be quarterly here, the day after the end of the quarter.
Posted by Richard at 2:04 PM No comments: