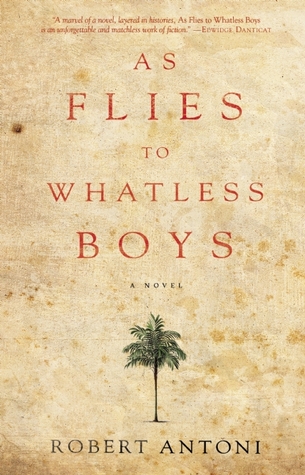 The Publisher Says: In 1845 London, an engineer, philosopher, philanthropist, and bold-faced charlatan, John Adolphus Etzler, has invented machines that he thinks will transform the division of labor and free all men. He forms a collective called the Tropical Emigration Society (TES), and recruits a variety of London citizens to take his machines and his misguided ideas to form a proto-socialist, utopian community in the British colony of Trinidad.

Among his recruits is a young boy (and the book's narrator) named Willy, who falls head-over-heels for the enthralling and wise Marguerite Whitechurch. Coming from the gentry, Marguerite is a world away from Willy's laboring class. As the voyage continues, and their love for one another strengthens, Willy and Marguerite prove themselves to be true socialists, their actions and adventures standing in stark contrast to Etzler's disconnected theories.

We sat in silence, exhausted, filled-up. We didn't move. We couldn't have moved--not a muscle--because we didn't exist yet. Neither me nor him. Only the story existed, during those few final moments of silence after my father's voice had come to a halt.

Catnip. This book was catnip for me, pure uncut catnip of the finest grade. Robert Antoni teaches master's degree fiction-writing classes at the New School. Lucky men and women who take the classes, to hear him tell his stories!

At its heart, this is a simple tale of greed, passion, and the lifelong effects of believing in a dream. Chicanery is always a worry for the True Believer, because the promise of a dream come true is ever the best bait to lure them into disaster, personal and financial and, not infrequently, mortal. Something dies when a person's True Belief is taken from them, or lost, or simply abandoned (as if this abandonment is ever simple). Many times, I suspect, the pain of it is unendurable and the bereft believer sees no reason to go on...disease or despair carry him off.

Others, like our narrator Willy, live on and make life, actual life, work for them without dreams, but with some weird, warped hopes left, hopes that don't see much daylight as the ex-dreamer isn't likely to chat them about. Willy doesn't really want to have hopes. He wants to find his dreams. I think all of us know that quest's end. But the novel, well, a novel is a place to work out the truths of endings and the frailties of beginnings. This novel's truth is in the ending, and it stings the soft places of a tender soul. It also rings perfectly true and wistfully beautiful. A family, once created, is a hard thing to leave, to destroy; even death doesn't do the job.

But most families have invisible members. Some have more than others. Willy...Mr. Tucker, as he becomes...carried the invisible members of his family until, exhausted, he lost the eternal battle with gravity. How, and why, and what he made, these are all the subject of the novel, and the meat of life as we all live it.

Only most of us don't have beautiful words to wrap our truth in. Fortune smiled on William Tucker. His truth comes enrobed in lovely, lovely language, satisfyingly musical in the inward ear.

A pleasure of a read. A lovely artifact of a book. A delight on many levels, and a deeply felt, deeply moving novel.

This work is licensed under a Creative Commons Attribution-NonCommercial-ShareAlike 3.0 Unported License.
Posted by Richard at 12:35 PM