RED TO BLACK, A not very thrilling thriller that'll scare you witless 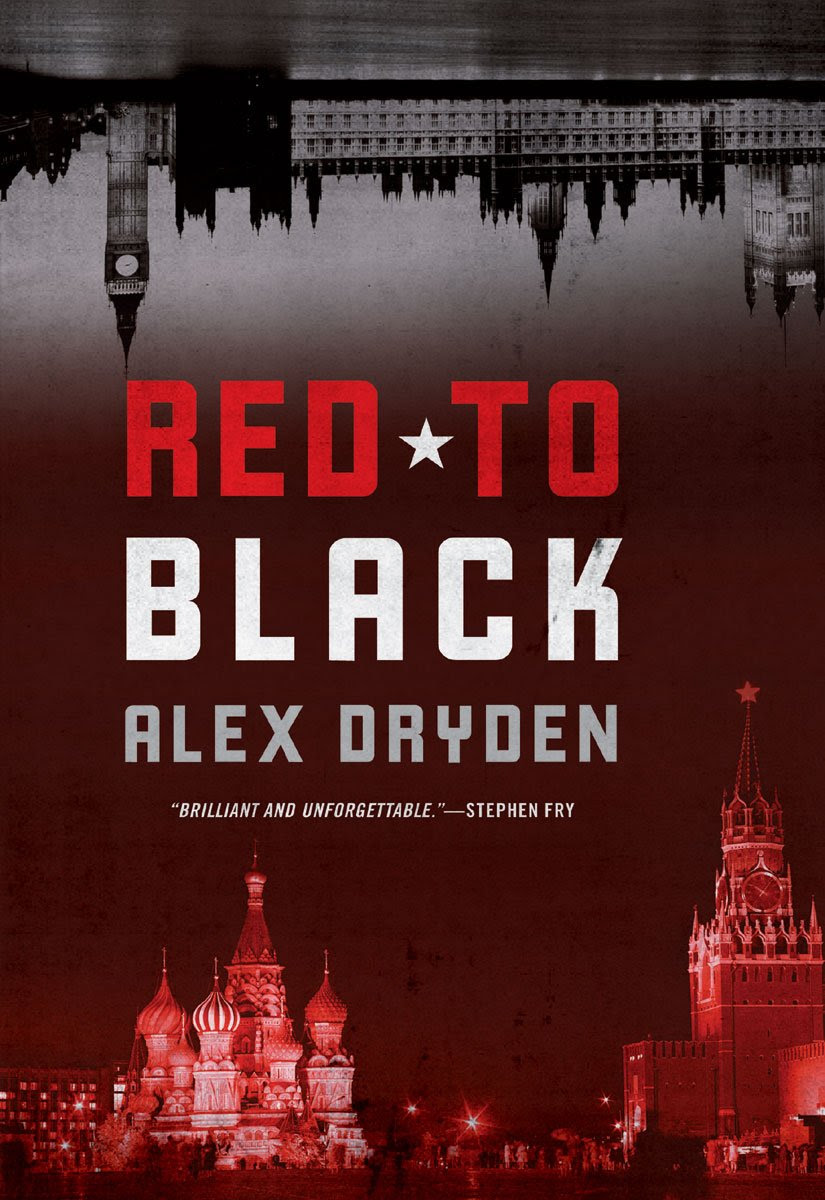 The Publisher Says: Finn is a veteran MI6 operative stationed in Moscow. In the guise of an amiable trade secretary, he has penetrated deep into the dangerous labyrinth that is Russia under Vladimir Putin to discover some of its darkest secrets, thanks to a high-level source deep within the Kremlin.

The youngest female colonel in the KGB, Anna is the ambitious daughter of one of the former Soviet Union's elite espionage families. Charged with helping to make Russia strong again under Putin, she is ordered to spy on Finn and discover the identity of his mole.

At the dawn of the new millennium, these adversaries find themselves brought together by an unexpected love that becomes the only truth they can trust. When Finn uncovers a shocking and ingenious plan—hatched in the depths of the Cold War—to control the European continent and shift the balance of world power, he and Anna are thrust into a deadly plot in which friend and foe wear the same face. With time running out, they will race across Europe and risk everything -—career, reputation, and even their own lives— to expose the terrifying truth.

My Review: I enjoyed this read more than I expected to, and less than I should have. It's a very, very scary and plausible tale of a plot to use the West's greed to bring it down. After all, Marx wrote, “The last capitalist we hang shall be the one who sold us the rope.” He was a prescient thinker, was Marx.

I'm not going to go into the bits of the story because the spoilers would be epic. And also, the story told is either instantly obvious...the New Russia is a viciously capitalist and socially Darwinian funhouse mirror of the West's nastiest, least admirable qualities, and will therefore succeed in out-competing the West...or completely incredible, as to a triumphalist Teabagger idiot.

I'm on the instantly obvious side, obviously, and that's why I enjoyed the book more than I expected to. Russia's manifold social problems are all traceable to its insanely lopsided wealth distribution. That should ring an entire cathedral's worth of bells for anyone in the USA. If it doesn't, then the Teabagger idiot triumphalism is likely to obscure the evidence of a calculated takedown of Western economies.

Anyway. What didn't work well for me was the narrative structure of the book, with its reported-not-experienced quality, and the fact that the main characters were sketched more than drawn. I need to feel some sense of connection, positive or negative, to the people who are taking me on the journey that is a book. Here, in Anna and Finn, I felt I was being told a bit about the people in a not-very-close friend's long, detailed story. That was, I think, a result of the all-flashback narrative structure. The past can enhance the present in a story, there is no doubt, but the past doesn't enhance the past with anything like as much intensity. It simply becomes more flashback.

Overall, in the scheme of things, is this a thriller I'd recommend to a fellow subway rider? Maybe not, since it's so slow-paced. But for me, and those like me who lean to the political left, it's got a lot of confirmation-bias appeal. The fact that the author makes a very strong point of thanking Russian sources who need to remain anonymous is telling. And unsurprising.

This work is licensed under a Creative Commons Attribution-NonCommercial-ShareAlike 3.0 Unported License.
Posted by Richard at 1:39 PM