Fifteen Months Away, and the FIRST review is a poetry book! 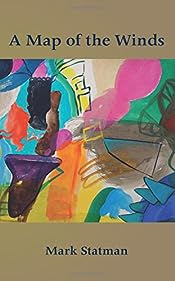 The Publisher Says: Mark Statman's recent books are Tourist at a Miracle (Hanging Loose, 2010), poetry, and the translations Black Tulips: The Selected Poems of José María Hinojosa (University of New Orleans Press, 2012), and, with Pablo Medina, García Lorca's A Poet in New York (Grove Press, 2008). An Associate Professor of Literary Studies atr Eugene Lang College, The New School for Liberal Arts, he has received a number of awards and fellowships from, among others, the National Endowment for the Arts, the National Writers' Project, the Virginia Center for the Creative Arts, and the Columbia Scholastic Press Association. His work has appeared in nine anthologies, and such publications as Tin House,Hanging Loose, South Dakota Review, and APR.

My Review: This being a book of poetry, it's astonishing I'm rating it over 2 stars. This book earns every one of those stars. It's made up of simple language, simple structure, and simple images. As is the case in the very best writing, that very simplicity results in crystal clarity. Statman adds beautiful, prismatic cuts, startling the attentive reader with dazzling moments of grace:


X. when you get caught
deny the part
that makes you sad
look me in the eye
and say
so now I know
who you really are

The last part of a poem called "Listener in the Snow." It cost me a bit of time to process the fact that this Brooklyn-dwelling, New-School teaching ambulatory example of why I don't like poets has just seduced my aesthetic brain. I'm a fan now. No one is more surprised about it than I am.
Posted by Richard at 9:07 PM