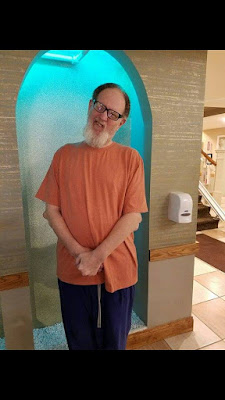 It's a pause-button moment in the headlong rush of life into the all-too-knowable future. Americans have elected a person of no class, breeding, or discernable positive value into the presidency. They've returned to Congress, in both houses, people of execrable character and horrifying sociopathy. And they've celebrated this concatenation of horror as though it was a positive development.

The stupid, it burns, it burns!

Newron's Third Law describes what is happening now. The rational and modestly positive presidency of America's first black president was so horrifying and so inimical to the loathsome and ignorant radical reactionaries that they had to express their rage and revulsion by hitching their hopes to a serial adultering low-class low-brow pussy-grabbing sack of shit. Not even the cold, self-absorbed first woman president would be enough of a rejection of progress for the idiots. No, had to go all the way and elect the single least qualified, least able individual ever to be nominated by any oligarchic party.

You got the president you deserved, America.

I, however, don't deserve this but I have to live with it. My very existence as a disabled gay man is under threat: Social Security cuts are aimed at people like me, people who have paid payroll taxes on the understanding (since 1983) that they would be invested for us in US sovereign debt and repaid when we needed them to be. My ability to avail myself of rights unquestioned by you breeders will be, if your disgusting bigoted brethren and sistern are left to it, curtailed or eliminated. And you're fine with that. Obviously you are: You elected people who said *out*loud* that this is what they will fight to achieve.

"I didn't vote for them! Don't blame ME! YOU voted for Jill Stein, YOU helped elect this man!"

Invalid argument. If your candidate had done her job, she wouldn't have left almost 50% of registered voters at home and not casting any vote at all. And let's look at one big reason why: Whatever the source of the Wikileaks information, the FACT is that the Democratic National Committee rigged the primary races against the candidate that a clear majority of Democrat voters wanted to run for the presidency. Blame no one but your losing candidate for this horror movie.

And yes, she lost. The popular vote counts for nothing in this country's presidential elections and it never has. Don't like that? Work to change it. But remember this: Your gal lost. She lost or she'd be taking the oath of office on 20 January 2017. No more excuses, no more posturing. Shut up and eat it: Your election-rigging oligarch lost.

How do we all get out of this? First, stop blaming and start working. (Shut your pie hole about this post. I'm blaming you for your failings because I've had it up to my back teeth with being blamed by "friends" for not singing Horst Wessel in Clintonese.) Working means spending your time, which all of us have, and/or your money, which not all of us have, to make sure the deplorables face fights at every level of political engagement. Letters to editors. TURNING OUT FOR LOCAL ELECTIONS! These redneck fucksticks outmaneuvered you by getting school boards packed with creationists. In many states judges are elected...do your research and find out why the reactionaries are winning those elections. Turnouts are so low that a few *dozen* votes can make all the difference. Get up off your ass and educate yourself about the people making laws that directly affect you every time you open your front door. Pay attention to the fact that police departments across the country are buying MILITARY EQUIPMENT. As citizens you have the right to ask public questions about why this should be so. And remember that what goes around comes around. You're not a target today...tomorrow? DO NOT BET AGAINST IT.

Involve yourself, do the work, be a citizen not a resident. Unless you're a conservative in which case sit back, relax, have a drink. Good people need your inaction so we can roll right over you and consign you to the dustbin of history with the ignominy and opprobrium your vile evil actions have earned.
Posted by Richard at 9:45 AM