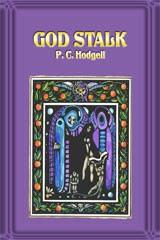 The Publisher Says: In the first book of the Kencyrath, Jame, a young woman missing her memories, struggles out of the haunted wastes into Tai-tastigon, the old, corrupt, rich and god-infested city between the mountains and the lost lands of the Kencyrath.

Jame's struggle to regain her strength, her memories, and the resources to travel to join her people, the Kencyrath, drag her into several relationships, earning affection, respect, bitter hatred and, as always, haunting memories of friends and enemies dead in her wake.

My Review: I read this 35-year-old fantasy novel because a good LibraryThing friend of mine ran a group read of it. She contended that the book was underfamous and underappreciated. I don't know about you, but I'd say any first-in-series book that's followed by eight others (to date) set in the same universe, and which has an 816 page fandom wiki, isn't exactly a concealed target.

Reading older books in the speculative fiction genre is an education in revised expectations and their invisibility until challenged. Modern fantasy nonillionologies, each volume a minimum of a jillion pages densely packed with made-up language vocabulary and/or Randomly capitalized normal Words that indicate they're being used as something More Than their mundane meaning, are now the minimum standard. This book predates that trend. As a result, its brevity can feel...unfinished...to a 21st century sensibility. There were many, many moments that the author moved through hastily or simply glided past entirely that would, in modern times, be entire novels.

I've complained about book bloat and editing fails so often and so publicly that I expect someone will quite soon point this out with a smug "gotcha!" of some sort. To those legions of carping natterers, I say "oh shut up" and remind them that 1) consistency is the hobgoblin of small minds and 2) there's such a thing as a happy medium.

I'm not a huge consumer of fantasy novels at the best of times because magic makes me itch. It seems so nonsensical, so counter to the realities of physical laws under which we live; it flies in the face of experiential existence; but it satisfies a deep need in many people, just not me. Also, almost always, the protagonist is An Exceptional Adolescent (usually female), and that's very much not my favorite kind of person. Adolescence stank, and so do adolescents. Just not where I want to be, or to stay for any length of time.

This novel's magical system got in under my radar because it feels to me, like the magic in Kai Ashante Wilson's marvelous Africa-set fantasy stories, as though any second we're going to be told that it's a form of technology we don't recognize as such. I can hang with that. Most of what the main character does isn't terribly magical, and the city of Tai-Tastigon itself is the source of the overall magic. We're teased with the notion of the city's magic being the reason there are so many gods in it; in fact, there's a truly delicious idea that temples to the gods are actually ways for the mundane people to *trap* the gods, to limit their scope for activity, instead of mere places of worship.

Jame, our main character, even targets one of these gods in an experiment to test the limits of its power. She causes the god to lose its worshipers in the process, and the results prove to Jame that there is something very hinky about the way the gods function. This subplot is played for comedy, but I was happy to note that the very real consequences for this god and its priest were later sources of shame and remorse for Jame. She goes out of her way to fix the damage she's done, and in the process discovers an amazing library of knowledge that this god's temple has hidden for ages. It is one of the wonderful things about the tapestry of Tai-Tastigon created by Author Hodgell.

The city and its quirks, its societal and legal peculiarities, are incredibly enough left to one side as soon as they're revealed! Inconceivable, and that word does mean what I think it means, in today's publishing world. I was intrigued by the Cloudies, a subset of society that's decided to take to the rooftops and not touch the ground: whence came they, what do they do for a living, how come they're not subject to groundling law, and so on and so forth. Never answered. Never addressed. The Thieves' Guild that Jame enters without the smallest tiniest bit of effort on her part is an entire multi-volume storytelling universe! The history that Jame barely skates over with her sort of accidental Thieves' Guild master, one Penari the ancient master thief, is another multi-volume series of novels. I am all for rich texture in a story, and I got it here, but there are way too many delicious side trails that lead nowhere in this book.

At the end of the book came my personal biggest disappointment as Jame left Tai-Tastigon for parts unknown. This was inevitable, given the fact that she enters the city from parts only slightly less unknown and for reasons utterly unclear and unclarified. This is a fantasy novel, and the first in a series. Of course there will be a quest, and of course it will lead away from any one location. That doesn't make me any happier about it. The textures of Tai-Tastigon's tapestry are involving and exciting, and I'd like to stay here please.

Which is how I know Author Hodgell created a wonderful thing in this book, and why it's no real surprise that her fantasy universe has spawned an 816-page wiki. She understands her readers' need to feel immersed and invested in more than a simple, surface-gleaming world. She delivers those goods. My various dissatisfactions with the execution of this tale aside, I admire her ability and her vision. I won't continue reading the series because I'm less interested in Jame than I am in Tai-Tastigon, but I will likely pick up any future book that returns to this setting.
Posted by Richard at 6:30 AM