THE ART OF DYING and WHAT ABOUT THIS, two collections by two poets you need to know about

Pick y'all's selves up off the floor at your leisure. Meanwhile let me explain. 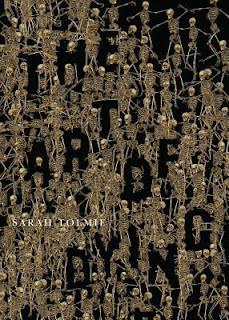 The Art of Dying was one helluva wallop. Y'all might remember that I fell in love with its cover, enough that I used A Dear Canadian Friend's gift to me to procure a copy after an article about the AUP Book, Jacket, and Journal Design show showed it to me.

So I was reading the short, super-concentrated poems. "Self," I said to myself, "this is the Sh...tuff. This is why all those pretentious pit-sniffers whose only love is self-love (in all its meanings) write their vapid maunderings with silly line breaks."


Most books of poems are far too short.
It's hard to get your money's worth.
How does it make sense in the marketplace

To pay twelve quid for sixty pages?
Or fifteen euros, or twenty bucks?
So poets are shit out of luck.

Memento mori...and does Doctor Sarah Tolmie, academic, medievalist, un-sniffing poet extraordinaire, ever put memory through its paces. I was, and am, compelled to think deeply about five-line, ten-line, multi-page word paintings. That's not the commonest impulse for me. "You too will die" is my preferred translation from the Latin (pace Latinists with exact translations) of the phrase and that thought is ever with me. I think a lot of people shy away from the idea of Death when what they actually fear is the process of dying. We're divorced from its realities by the medicalization of illness (an issue Tolmie deals with in multiple facets). The process is part of Life, not of Death...and that's a Tolmie thought that I think makes the whole fear industry tremble.


Hate to tell you, but you're going to die.
Quite soon. Me, too.

Shuck off the wisdom while it's warm.
Death does no harm
To wisdom.

It's the very first poem, in its entirety; it sets a tone for this collection that the remaining artistry very much delivers on.

You're not afraid of Death. I can almost promise you that you haven't thought about Death much at all. The pain and enfeeblement of illness are the things that inspire most people to flee screaming from the mere mention of Death. Its reality is possibly more terrifying: The Great Unknown, the place we're all going but no one has ever come back from to tell us about. (I am not religious and I don't believe y'all's bedtime story is in any way factual.)


It continues to be fashionable to mourn the death of ritual.
We miss the Neolithic ochre, smoking censers, silly hats
Cthulhu and Harryhausen prayers, all the mystic flap.

first stanza of poem 10
A Facebook chat with Gemma Files, an author of horror novels, that I participated in very recently made me think again about why horror has no fear for me. The silliness of the rituals surrounding Death has always struck my funny bone. I save my sadness and longing for the living. They can make use of it, they can feel my empathy and my lovingkindness and my appreciation. The dead? I suspect they survive in some form. I doubt very much its a form we'd recognize. But the body horror and supernatural horror of the storytelling world, the world that Author Files (and to an extent Poet Tolmie, though she with an ironically raised brow) and many like her inhabit, have little actual potency and their imaginative powers exert force on our imaginations in proportion to our fear of Death (which, I said above, I believe to be a fear of the process of dying).


Death looks a lot like success.
As in, "I killed that test"
"She slays me" and the rest—

Though it's the act and not the state
Whose power we appropriate,
All us murderous wannabes
In our casual hyperboles.

Poem 42 in its entirety
The attentive will note my approbation of a rhyming-couplets poem.

Pick y'all's selves up off the floor at your leisure. 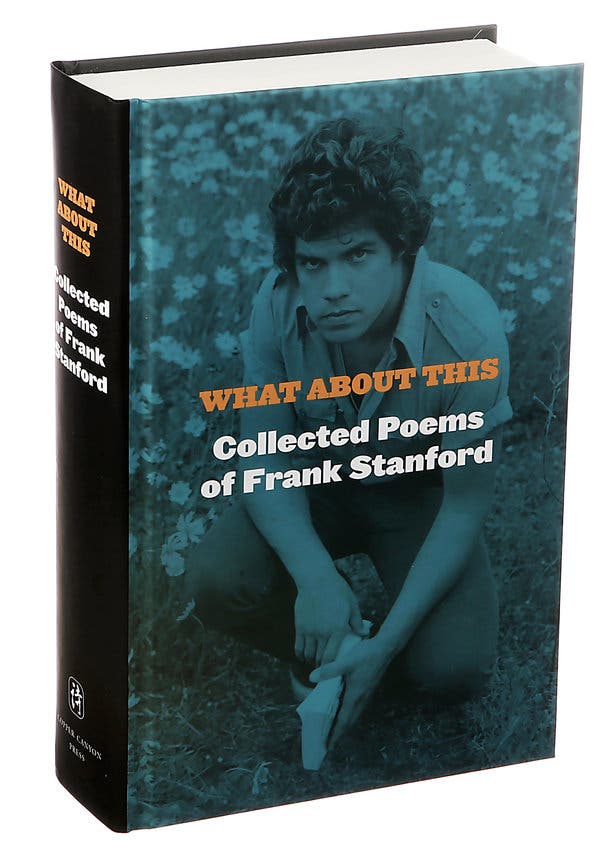 So then, after that delight to my literary sensibilities arose from the quantum foam, I read this article from The Millions and was reminded of Frank Stanford, whose 1978 collection Crib Death I found on my then-boyfriend the much older alcoholic abuser's shelf.

The Neighbor's Wife
Four a.m. and she's still gone
But I'm not going to call.
It's not so bad, until just before morning,
When I see a truck driver
Take a smoke out of his lips
And throw it out the window
And I watch it go to pieces
All over the road.

I read that as a teen and was shocked to my still-forming core that someone out there Got Me. The obsessive need for someone's presence. The intense internal fire that only comes to the surface when mundane reality offers a single, fleeting, unremarkable image of one's inner state and thus crystallizes reality in the same stunning, unexpected way that a chemistry demonstration creates shocking clouds of sharpness from water.

I don't mean to give y'all the impression that I can just *poof* summon up a poem from 40-year-old memories. I got the text from my memory of the older book's and the specific poem's title, then checked this book out of the library. This kitten-squisher of a volume...750 pages!...collects a thorough and informed sampling of his magic mountain of work both published and unpublished. I got re-interested in Stanford after reading in the above-referenced article that Stanford had committed suicide at 29.

Imagine the life unlived, the art unmade; the world's loss is incalculable when Death takes some unhappy or unwilling soul away from whatever Reality finally turns out to be. Assuming we ever find out, that is.

So the book...elephantine tome!...slogged home in my shoulder tote on a cold and rainy day. I sat right down to look for this deeply meaningful memory, but being a bookish sort, was unable not to read both the Introduction (by one Dean Young, previously unknown to me) and the Editor's Note by Copper Canyon Press publisher Michael Wiegers. I discovered this unlikely-to-be-memed aperçu in Young's Introduction:


Many of these poems seem as if they were written with a burnt stick. With blood, in river mud. There is something thankfully unexamined in their execution. I say "thankfully" because we have been through a long century of self-consciousness and irony, and while their brand of rigor and suspicion have brought intelligence to American poetry they have also brought rigor mortis, they have deadened the nerves and made poets fear the irrational.

What is more irrational than Death? Dying is rational, can be subjected to analysis and quantification, is possible to construct a schema to slot into one's syllogistic understanding of Life.

Death is the Great Unknown. Frank Stanford got that, and wrote with its reality up front and up close and personal:


Putting Up Fence
I believe the moon wades a creek
Like an albino with a blade
Fixed to a stick.

It rises, red as a place
Where a chigger's been.

Voyeur in the loft, leaving your gum
Stuck to a fork in the barn,
Like a porter paid to listen
With his head in a portal
Of a ship returning before it's due.

Then I come down the road with ice.

An unpolished scream of a betrayed husband, a howl of the pain of being unwanted and still alive, a rage-filled hate-fuelled moment in time that Stanford lived and left uncollected on his paper alp. He's dead, he's dying in front of our horrified eyes always and forever.

Or is he the moon. The reddener of millions of feet, ankles bending to bring them within frantic scratching distance of fingers long ago rotted away. The annoying, irritating, sometimes sickening (in all its senses) reminder that we're alive and Life is a Death sentence. Irrationally clawing at the reddened surface of our living corpses, we read poems by artists like Frank Stanford who just couldn't endure the long way home.

These poets spoke to my unpoetic Poetry-hatin' heart because they practice poetry without the dead, deadening blanket of Poetics across their faces. Their mouths, unmuffled, speak and can be heard by this Death-addled dying man. Since y'all're dying too, I want you to know we can listen to what the souls of our compatriots feel without unnecessary intellectualizing complications.
Posted by Richard at 3:22 PM