CIRCE, my annual six-stars-of-five read, the delight and demand of a peak reading experience 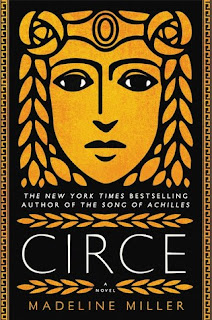 The Publisher Says: In the house of Helios, god of the sun and mightiest of the Titans, a daughter is born. But Circe is a strange child—not powerful, like her father, nor viciously alluring like her mother. Turning to the world of mortals for companionship, she discovers that she does possess power—the power of witchcraft, which can transform rivals into monsters and menace the gods themselves.

Threatened, Zeus banishes her to a deserted island, where she hones her occult craft, tames wild beasts and crosses paths with many of the most famous figures in all of mythology, including the Minotaur, Daedalus and his doomed son Icarus, the murderous Medea, and, of course, wily Odysseus.

But there is danger, too, for a woman who stands alone, and Circe unwittingly draws the wrath of both men and gods, ultimately finding herself pitted against one of the most terrifying and vengeful of the Olympians. To protect what she loves most, Circe must summon all her strength and choose, once and for all, whether she belongs with the gods she is born from, or the mortals she has come to love.

THE PUBLISHER PROVIDED ME WITH A REVIEW COPY. THANK YOU.
SPOILERS AHEAD FOR PLOT POINTS OF GREATEST POSSIBLE SIGNIFICANCE!
A NON-PHILOSOPHER NOW PHILOSOPHIZES. YOU'VE BEEN FOREWARNED.

My Review: What does it mean to be a god?

I thought once that gods are the opposite of death, but I see now they are more dead than anything, for they are unchanging, and can hold nothing in their hands.
******
You cannot know how frightened gods are of pain. There is nothing more foreign to them, and so nothing they ache more deeply to see.
******
But gods are born of ichor and nectar, their excellences already bursting from their fingertips. So they find their fame by proving what they can mar: destroying cities, starting wars, breeding plagues and monsters. All that smoke and savor rising so delicately from our altars. It leaves only ash behind.

Circe learns in this novel that gods aren't much more than vessels crafted to serve a purpose. The gods exist relative to us humans so that they may be filled and emptied; all the roots and seeds of the universe's awareness reside in them. The gods woke, they were not born, they did not (as humans, created solely in acts of personal union, always do) represent the culmination of anything. The gods were not, then they were.

Where we struggle to find purpose in, a frame for, our human existence, the gods in the myths and tales struggle to find individual, personal meaning. Athena, born of her male parent's really bad headache, has shape and purpose from the instant she arrives in the world. She's got to spend human lives by the scores in a cataclysm like the Trojan War to perceive the dimmest outline of personal meaning. Her existence is framing the story of this war; her fighting for one side and against the other is what her identity, her meaning, derives from. She's defining herself through this war. Her purpose, Goddess Athena the Personification of Wisdom, was with her always.

Down here on Earth, meaning is an inevitable precondition of human life. Priam, Helen, Agamemnon represent the culmination of generations of royal births. Their meaning in life is to lead large groups of Greeks to their glorious deaths, reduced to simplest terms and presented only in the purpose or frame of the goddesses's desired war. We complete patterns we cannot ever see because we are always amid them, albeit without a sense of our orientation within them. Odysseus, our stand-in in Circe, exemplifies humankind's multivarious searches for a purpose to plop our meanings into. These searches go by many names, religion and art and philosophy and sex. Odysseus returning from the Trojan War experiences all of them. The Odyssey leads its reader a merry chase as one of us humans dashes offstage, leaving Troy to its goddess-war driven fate. Circe, non-combatant, is placed in Odysseus's path as her godlike purpose forms a deepening meaning from Odysseus's yearning to return to his most meaningful role, husband of Penelope and father of Telemachus. Circe, the gods's local presence, sees (and therefore creates) a new pattern of meaning for Odysseus. Like all humans he weaves what he has before him in new searches for "Personal Purpose" in the world.

The only place to see the pattern, that image created by the interaction, interweaving, interdependence of the many meanings human lives have, is from the outside looking in. This means that the gods can offer their clear and purposeful selves as guides, guideposts, guiding lights. Changeable as meaning is, purpose is not; when new purposes are required, new gods arise (eg, a world like Late Imperial Rome that's without security creates an omniscient, omnipotent god). The gods endure an essential lovelessness in their assigned purposes. Love, I contend, is a culmination of human striving to wrest a purpose from existence. Therefore, of necessity, love in this context is confined to the plane of meaningful, pattern-creating existence. The gods crave us as creators of their meaning; our respective positions demand it. A being defined by Otherness, an existence that demands separation from the masses, experiences fascination with the Others. Thus their endless pursuit of human love, carnal or spiritual or intellectual, can never result in satisfaction for them or us.

Circe has to contend with the eternal human wellspring of meaning: Falling in love. What does it mean to be in love?


I wake sometimes in the dark terrified by my life's precariousness, its thready breath. Beside me, my husband's pulse beats at his throat; in their beds, my children's skin shows every faintest scratch. A breeze would blow them over, and the world is filled with more than breezes: diseases and disasters, monsters and pain in a thousand variations. I do not forget either my father and his kind hanging over us, bright and sharp as swords, aimed at our tearing flesh. If they do not fall on us in spite and malice, then they will fall by accident or whim. My breath fights in my throat. How can I live on beneath such a burden of doom?
I rise then and go to my herbs. I create something, I transform something. My witchcraft is as strong as ever, stronger. This too is good fortune. How many have such power and leisure and defense as I do? Telemachus comes from our bed to find me. He sits with me in the greensmelling darkness, holding my hand. Our faces are both lined now, marked with our years.
Circe, he says, it will be all right.
It is not the saying of an oracle or a prophet. They are words you might speak to a child. I have heard him say them to our daughters, when he rocked them back to sleep from a nightmare, when he dressed their small cuts, soothed whatever stung. His skin is familiar as my own beneath my fingers. I listen to his breath, warm upon the night air, and somehow I am comforted. He does not mean it does not hurt. He does not mean we are not frightened. Only that: we are here. This is what it means to swim in the tide, to walk the earth and feel it touch your feet. This is what it means to be alive.

To be fully alive, all the way woke, is a gift denied to a god and granted to all mortals (as Circe must become to atone for her crimes as well as create her purpose) because, in the end, it is sin and atonement, pleasure and punishment, in one long drink from the River Lethe. All things end. Mortals end sooner than gods, of course, but all things end, and in ending become meaningful and beautiful. Poems have endings (despite the interminable versification of Milton, even Paradise Lost stops...after 10,000 lines) and songs do, so must lives; the life of a being is art, ask Atropos or Urd. The weavers of worlds see our little lives as threads in a grand tapestry. The comfort of ages is to imagine that Norns or Fates see a beautiful representational tapestry, say The Hunt of the Unicorn 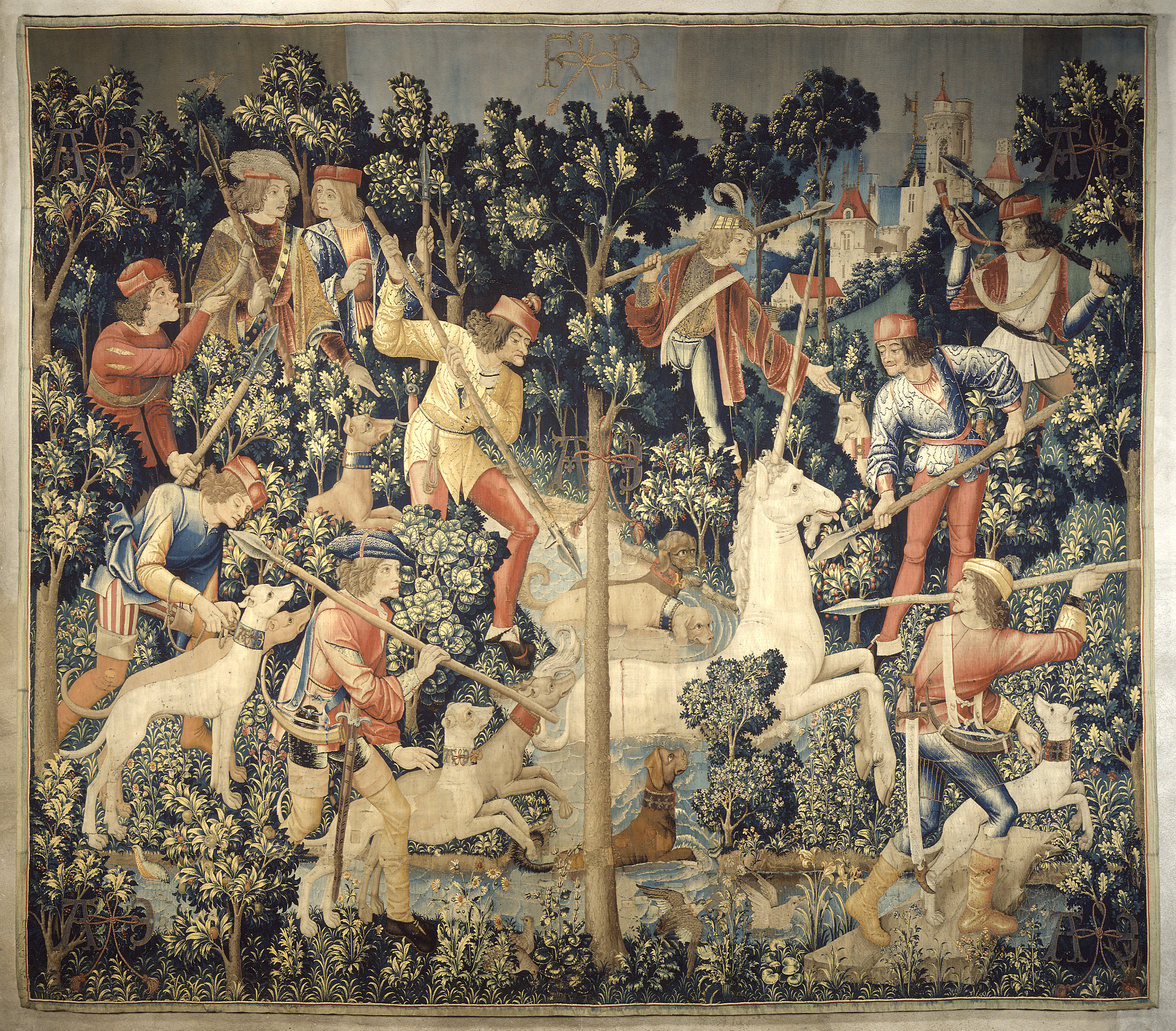 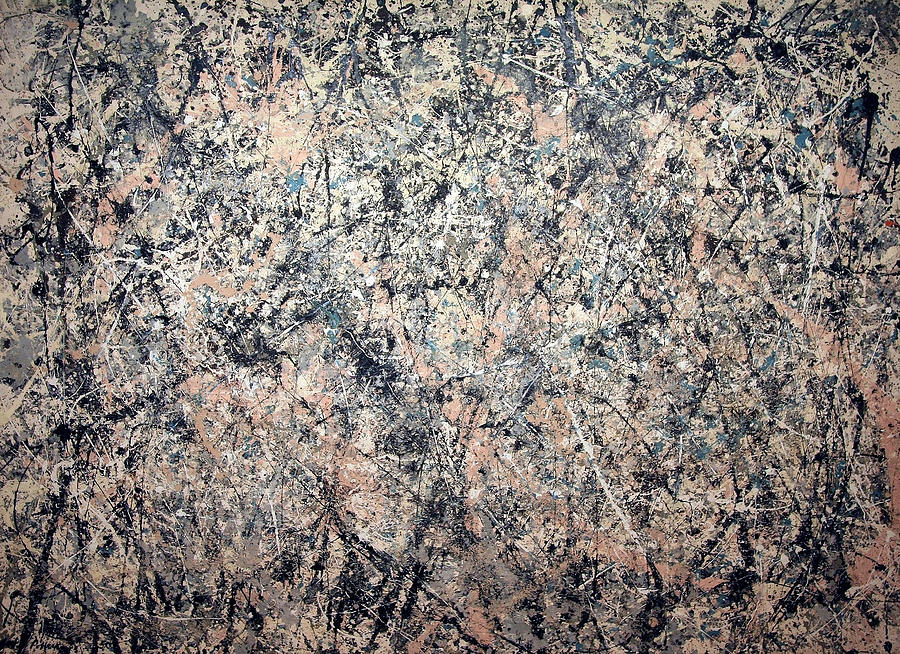 in its unedited...uneditable...complexity and structural uniqueness, and they derive all the pleasures of life from both.

Author Miller, a divinely inspired bard, has her own divine creation to design and execute, to wrest from the blankness of Chaos; her apotheosis hasn't occurred yet so let us be sure to grab each thing she makes. Do this so we can experience in our fleeting passage through life the reflected glory of the Divine walking among us. You won't get closer than this while wearing a body.
Posted by Richard at 6:30 AM