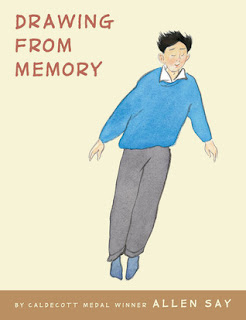 The Publisher Says: Caldecott Medalist Allen Say presents a stunning graphic novel chronicling his journey as an artist during WWII, when he apprenticed under Noro Shinpei, Japan’s premier cartoonist.

DRAWING FROM MEMORY is Allen Say's own story of his path to becoming the renowned artist he is today. Shunned by his father, who didn't understand his son's artistic leanings, Allen was embraced by Noro Shinpei, Japan's leading cartoonist and the man he came to love as his "spiritual father." As WWII raged, Allen was further inspired to consider questions of his own heritage and the motivations of those around him. He worked hard in rigorous drawing classes, studied, trained--and ultimately came to understand who he really is.

Part memoir, part graphic novel, part narrative history, DRAWING FROM MEMORY presents a complex look at the real-life relationship between a mentor and his student. With watercolor paintings, original cartoons, vintage photographs, and maps, Allen Say has created a book that will inspire the artist in all of us.

My Review: Allen Say's world doesn't exist anymore. This is the roughest part of getting truly old. The kind of universe where a twelve-year-old boy could be thought capable of living on his own is long gone. The kind of world where the famous cartoonist could be reached by the simple expedient of showing up at his place of work and saying, "I'd like to work for you," well! Need I belabor the point? Say wrote this book in a world that could be on a different planet than the one he grew up on. But from such foreign stones he built an exciting life, a life of art and creation and replete with stories that need telling.

This book, a graphic memoir I suppose, though it's less thoroughgoing than is Lynda Barry's work (eg Syllabus: Notes from an Accidental Professor), is no whit less sophisticated. 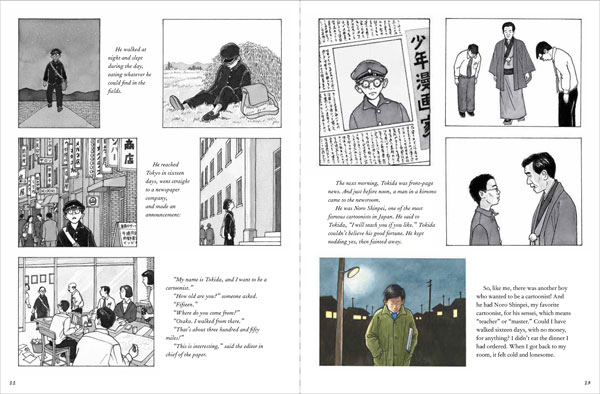 I recently read Artist Say's magisterial Silent Days, Silent Dreams. It was such a gorgeous visual feast and so deeply affecting a tale that I couldn't bear to leave his world for long. Look above, look below...do you blame me?

Look at the great simplicity of the lines you're tricked into believing are real, three-dimensional objects: Look at the care and attention you're not smacked with, look at the invisible framing of each image that makes it the perfect size and the perfect space for exactly that moment of storytelling to be within.

See the colors? See the volume of each object, each space between objects? 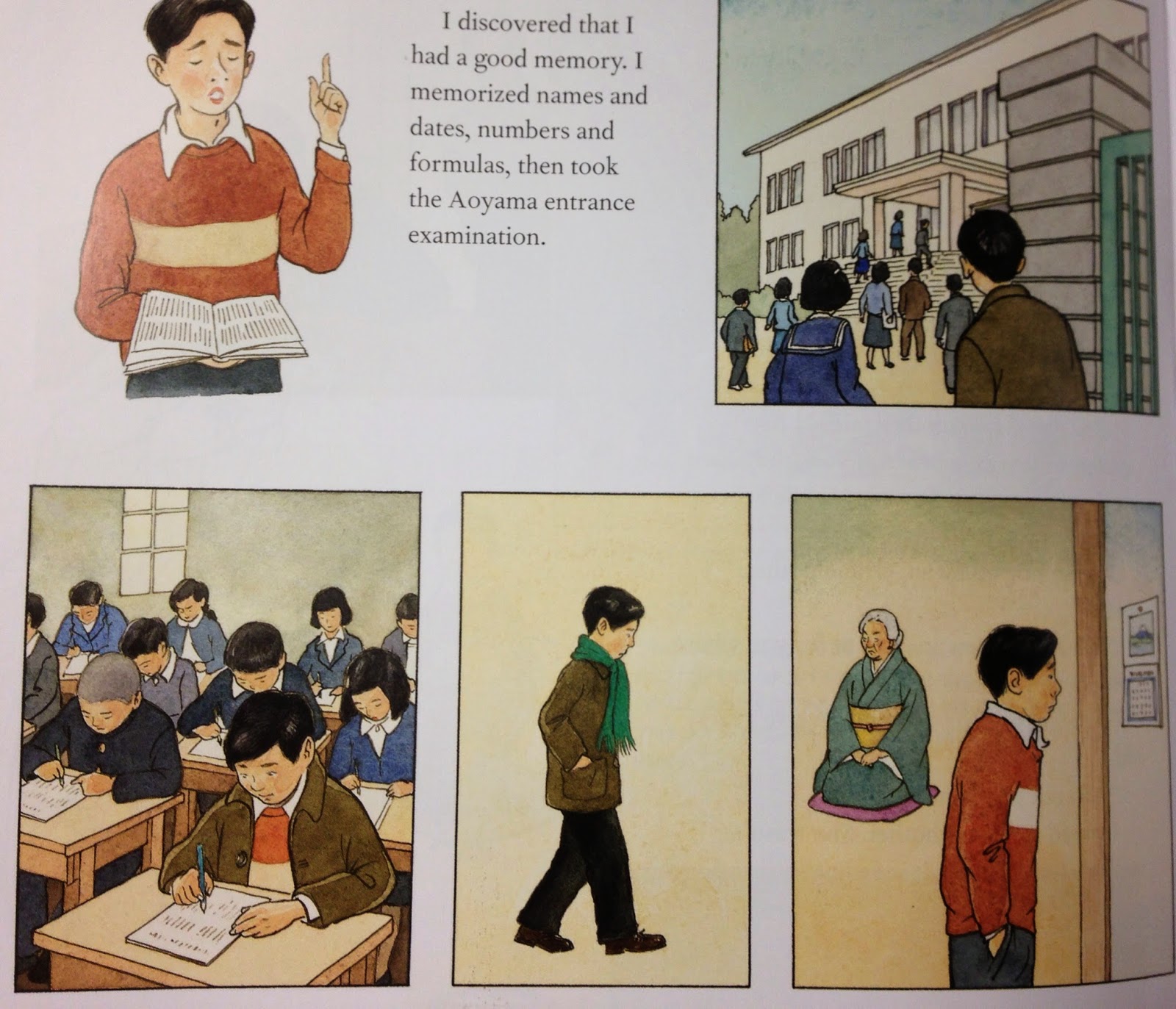 See the texture of matte-coated paper, the way that it creates the same effect as a gallery's neutral wall color does? See the fruit of more than seventy years practicing what a master, a cicerone, a sensei was wise, prescient, generous enough to give the boy artist? We receive the gift's fruit.

There was never a truer aperçu proverbialized than, "A society grows great when old men plant trees whose shade they know they shall never sit in." To your private orchard you bring trees whose shade soothes you, yet almost never will you stop to regard still less thank the long-gone hands and long-past rains that made the tree into what it is now.

Take that moment now, be grateful to Noro Shinpei for himself and for the soothing shadows of Allen Say's talented evocation of a world we can never see any other way but through his eyes and by his hands. Let him plant you a tree.
Posted by Richard at 6:30 AM