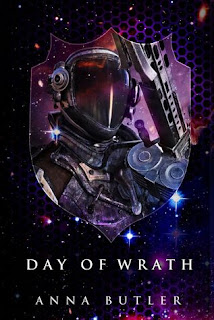 The Publisher Says: In less than a week, Bennet will finally return to the Shield Regiment, leaving behind the Gyrfalcon, his father, his friends… and Flynn. Promotion to Shield Major and being given command of a battle group despite the political fallout from Makepeace the year before is everything he thought he wanted. Everything he’s worked towards for the last three years. Except for leaving Flynn. He really doesn’t want to leave Flynn.

There’s time for one last flight together. A routine mission. Nothing too taxing, just savouring every moment with the best wingman, the best friend, he’s ever had. That’s the plan.

Bennet should know better than to trust to routine because what waits for them out there will change their lives forever.

THE PUBLISHER PROVIDED ME WITH A REVIEW DRC. THANK YOU.

My Review: This is it. The last time we'll see Bennet and Flynn in a Taking Shield story.

I pause here for sad and lonely reflection. ETA This bonus scene will ease the pain somewhat.

The journey of the series has been a good, satisfying one, and I am deeply glad that I followed it. Bennet's growth as a man and an officer has been steady. He's gained enormous insight into his past and uses it, as one should, to guide his steps into the future. He's been separated from his true love by circumstances beyond his control...any military family will recognize this reality...and has fought his hardest to return to his heart's home.

It is to Author Butler's great credit that she doesn't make the fight trivial by making it easy. She doesn't allow for any la-di-da fantasy of victorious sweetness, either. The Bennet who comes out of this book is a man who has lost and struggled and lost some more, so he's got his feet in the one place we all need to place them in the end: on rock bottom. Bennet has finally found his ground and he plants himself on the first really firm footing he's ever had.

He is not alone. All the characters we've come to love end up with their feet firmly planted. Some of them plant a lot more than their feet...Author Butler isn't afraid to swing the Grim Reaper's scythe. I was most vocally disgruntled about this, and was told by the lady herself that stories make demands that must be met so belt up and quit bellyaching. (I paraphrase. Barely.)

Bennet's life aboard the Gyrfalcon wasn't ever easy, and the return to the ship he's required to make by political events he can barely bring himself to tolerate is really a precisely calculated torture. Flynn is still there...his rigid, judgmental younger sister and his freewheeling younger brother are there...his starchy, duty-loving father is Captain. Not one of these things is calculated to make the uneasy political reality of Bennet's return comfy. Add in Flynn's whopper of a fuck-up of not-Bennet relationship partners and, well, this short reunion the two lovebirds are due to enjoy might just be more trouble than it's worth.

No. Never that for either man. They are each other's lobster, as Phoebe Buffay called Ross and Rachel on Friends all those decades ago. They're the true loves whose path seems never to be smooth, but Flynn really plants his size-13s in his mouth this time. When you get there, you'll know. So the problems ratchet up, the resolutions aren't obvious, and the politics that Flynn doesn't understand while Bennet plays them become orders of magnitude more difficult to navigate.

And then the real fun begins.

Trouble doesn't get bigger than this. Battlestar Galactica-sized big. It's in this moment of pure hell that Bennet crystallizes his priorities and acts on them for the first time in his life. It's a perfect moment, a small and intimate moment, and it's got huge implications for the future.

I don't know how else to say this except "this series deserves your attention and eyeblinks." Wait...yes I do:

BUY THE BOOKS AND READ THEM.
Posted by Richard at 6:30 AM