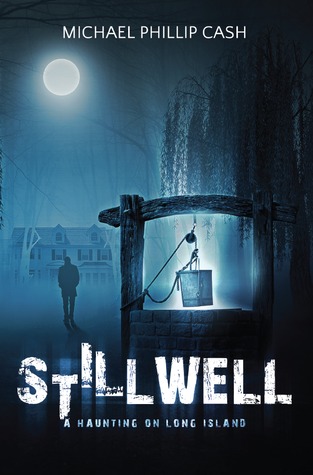 The Publisher Says: Paul Russo’s wife just died. While trying to get his family’s life back in order, Paul is being tormented by a demon who is holding his wife's spirit hostage on the other side. His fate is intertwined with an old haunted mansion on the north shore of Long Island called Stillwell Manor. Paul must find clues dating back hundreds of years to set his wife's soul free.

My Review: A deeply disturbing book, full of the horror of inconsolable grief. As Paul Russo spirals down into the abyss of loss, he tries to keep enough contact with reality to feed and raise his kids. He gets help, of course, this being an Italian family from Long Island. No one can help him cope with the dream-visions of his late wife being pursued, tormented, by a shaggy beast.

His daughter sees the ghost of her mommy, too, and this supercharges his effort to lay the ghost to rest. His position as a real estate agent allows him access to an unusual house, scene of a murder/suicide. He finds evidence there that locates the source of his nightmares in the past, with a Colonial-era young girl who falls in love with the wrong man. The usual consequences occur, ie she dies nobly; Paul lays her ghost to rest and in the process lays his own burdens down, too.

This was a very quick read, and one I'd recommend especially to fellow Long Islanders. It was a pleasure to meet Mr. Cash. I hope to see more of him.
Posted by Richard at 6:30 AM