The TAKING SHIELD series, the first four of five (plus a prequel novella) planned I've read and loved

This is an overview of the Planet Albion, the setting of all four novels currently available in Author Anna Butler's space opera series, Taking Shield. It set in a 10,000-year-future Earth colony, mother planet to other colonies and in a war for survival with the alien race they've named the Maess. Yep, "Albion" like the old-fashioned personification of England (not Britain, Americans, ENGLAND and yes, there's a big difference). 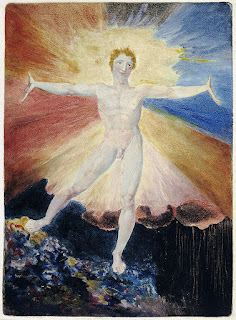 The Albionese have only one name, used in conjunction with a title where appropriate (eg, titled aristocrats, military personnel). I was a little bumfuzzled by this at first. There are bound to be billions of humans on Albion and its colonies, after all. But then it occurred to me that, in a society as advanced as this one, there are multiple biometric forms of identification available, so identifying yourself officially isn't name-dependent and socially how many of us are known by our full names now? There would be significant social pressure not to use names too freely. I can dig it.

The Albionese worship a Pantheon of Gods derived from Egyptian models, settled in Albion's landmasses with Hellenistic province names, and have a Parlialimentary (not a typo) democracy that very closely resembles the debased and disgusting kakistocracy (get it now?) of today. Author Butler starts us out with the following teaser on her website:

Taking Shield started out as a simple ‘what if’ set of questions. What if in some AU universe Earth’s been a burnt out dustball for the last ten thousand years? What if we do a riff on the Exodus and have remnants of humanity escape, but led by Pharaohs? What if the new world they found, Albion, is at war with an enemy no one has ever seen? What if the hero is a member of Albion’s special forces *and* the Military Strategy Unit? What if he finds something that seriously threatens Albion? What if he falls in love with a Fleet pilot and has his life turned upside down?

And somehow that grew into a serial of four books so far with more to come.

My issues with the Albionverse are few, really, the biggest having to do with the improbability of feet, miles, a.m. and other specific-to-earth measurements surviving more than 10,000 years when meters, kilometers, light-years, and military time-keeping are so much better suited for the Universe as we know it. Author Butler saw my bleat of dissatisfaction, recognized it for what it is...a fan's grumble not a detractor's brickbat...and gave me the following explanation, which I present to you with her consent:


Albion's days, months and years are not the same as Earth's but the words used for those measurements of time on Earth have translated across with different values*. Similarly other earth measurements have translated. Some - like parsec or lightyear remain constants because immutable physical law demands they do. Others have new, Albion-specific values. My reasoning was that having lost Earth to catastrophe (see Passing Shadows, the prequel, for what happened), the survivors clung very hard to whatever of Earth they could take with them. I'm English. We have the most mixed system here of decimalised coinage and weights and measures, but still measure our distances and things like car speeds in terms of miles. Nostalgia has the people of Albion clinging to the terms their ancestors knew best. From which you may gather that despite the Egyptian overtones, Albion (and Bennet) is most definitely British!
* Albion has a normal year of 412 days:
ten months of forty days each divided into four equal ten-day weeks plus an extra week at the end of each year, Yule week, to absorb the outstanding 12 days.
each day has 25 hours, each hour has 100 minutes.
Those minutes, hours, days are not the same as Earth's. I worked out to my own satisfaction that each Albion day of 25 hours is equivalent to around 29 Earth hours, 35 minutes . So each Albion minute = 42.6 Earth seconds.

Albion's actual rotation is 412 and some 8 hours so in every third year, Yule week is 13 days long, with an extra day to compensate and to align the calendar with the sun's apparent position—pretty much like our leap years. Albion's leap day is actually a few extra minutes longer than normal, for real accuracy, but I don't trouble my head about that level of detail!

There are truly arbitrary figures that doesn't at all *matter* in terms of the story, but were created for my own amusement and which I now share, for yours.

These are the sorts of details that vastly increase my personal pleasure in a series of books set on a made-up planet. I figure that, since you're reading my blog, you're at least slightly more likely than the Normals to want some sort of satisfaction regarding seeming inconsistencies that are actually designed-in landscape features. Just think of Author Butler as a literary Capability Brown.

I'd love to see more of the Egyptian roots of the world, for an example of an area of dissatisfaction; the series is clearly populated by people of England-English descent, based on the culture's stratification and its Parliamentary democracy in place. How'd we get to Egypt? I'm not against it, or bitching about it, just curious. What would lead a bunch Brits to mummify their dead, for example? I get the whole art style revival since they've done it twice before (the 1790s and the 1970s), but this is a deep cleavage from British norms and bears some 'splainin'. And Bennet *is* an historian....

The website has a handy-dandy obsessive fanboy's guide to the rich background of Albion and its institutions as they are at the time of the stories herein told. It's a really interesting way to get your obsessive series-reader's feet wet. Try the first book risk-free, for free, freeing you up to decide whether Bennet and Flynn and Albion and the Maess are your cuppa joe. (I hate tea.)
Posted by Richard at 6:30 AM