THE PLOT TO SEIZE THE WHITE HOUSE: The Shocking TRUE Story of the Conspiracy to Overthrow F.D.R., unnerving real history 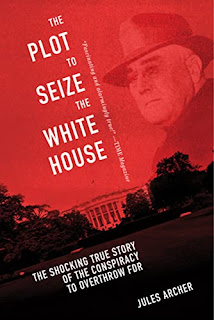 The Publisher Says: Many people might not know that in 1933, a group of wealthy industrialists working closely with groups like the K.K.K. and the American Liberty League planned to overthrow the U.S. government and run F.D.R. out of office in a fascist coup. Readers will learn of their plan to turn unhappy war veterans into American brown shirts,” depose F.D.R., and stop the New Deal. They asked Medal of Honor recipient and Marine Major General Smedley Darlington Butler to work with them and become the first American Caesar.” Fortunately, Butler was a true patriot. Instead of working for the fascist coup, he revealed the plot to journalists and to Congress.

Archer writes a compelling account of a ploy that would have turned FDR into fascist puppet, threatened American democracy and changed the course of history. This book not only reveals the truth behind this shocking episode in history, but also tells the story of the man whose courage and bravery prevented it from happening.

Skyhorse Publishing, as well as our Arcade imprint, are proud to publish a broad range of books for readers interested in history—books about World War II, the Third Reich, Hitler and his henchmen, the JFK assassination, conspiracies, the American Civil War, the American Revolution, gladiators, Vikings, ancient Rome, medieval times, the old West, and much more. While not every title we publish becomes a New York Times bestseller or a national bestseller, we are committed to books on subjects that are sometimes overlooked and to authors whose work might not otherwise find a home.

My Review: The wonder of History as a study is how much of what sounds new and apocalyptically nightmarish to you is, in fact, the latest of many iterations of the same bull. Humans seek patterns, and novelty; "this is unprecedented! and it's just like this thing that happened way back when!" sums it up.

Author Jules Archer (1915 – 2008) was a prolific popular writer on history for all ages. He grew up in New York City during times of great changes and the fomenting of radical opposition to the status quo. He saw, firsthand, the causes of the New Deal's legislation. He spent a lot of time in later life using the free college education that New Yorkers of sufficient academic achievements were at that time entitled to explaining the country, and history itself, to others.

This book was published first in 1973, in the soft, rotten middle of the Watergate hearings. The timing, and the subject, were chosen carefully. Remembering your history, younger-than-50s, you'll recall we as a country were in the throes of indicting and removing an actual criminal from the presidency, as well as losing a war in Asia. That war left the country with a lot of badly damaged men and no jobs for them when they returned to civilian life.

Any of this ringing some bells?

So Jules Archer, explainer extraordinaire (seriously, go look at his bibliography!), reached into his own past for an analogous passage of disastrously concatenated events and found World War I, the Bonus Army, and the very little spoken-of Businessmans' Coup of 1933. "We have been here before," said Archer, "and the country survived."

The hero of this piece is a man of whom I guarantee you have not heard. General Smedley Darlington Butler is one of those figures that appear all too seldom, the Man of Conscience whose principles are strong and whose moral compass, whether or not it's calibrated as is one's own, is clearly aligned with honor on every axis. The plotters of this heinous act of subversion as Archer details it chose exactly and precisely the wrong man to execute their plot. (Goddesses please accept our thanks that they didn't approach Douglas MacArthur!) He blew so many whistles and did so with such enormous credibility and evidence that the entire plot had to be abandoned. 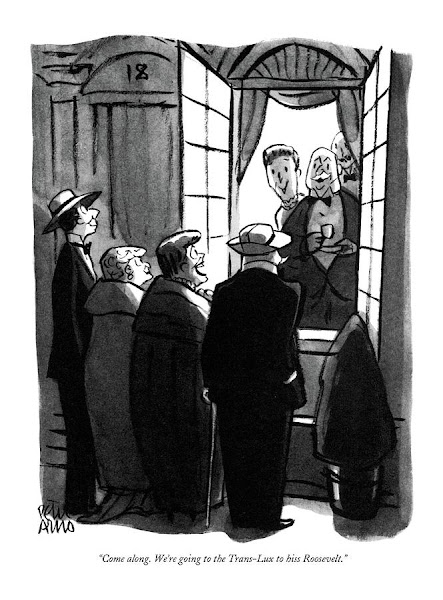 After reading this book, your illusions about this unique moment in history being absolutely the awfulest, most scum-ridden, darkest passage in the US will perforce vanish. But you'll also, I hope, read it and think, "this isn't the first time?! Holy maloley, we'd better pay attention!" Because I'm entirely sure that was the aim of Jules Archer's project in writing many explanatory books about history over many decades.