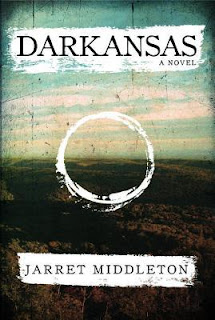 The Publisher Says: Jordan is a country musician living in the shadow of his father, legendary bluegrass musician Walker Bayne. A lifetime of poor decisions has led him on an endless tour of San Antonio dive bars, where between sets he resumes accruing women and drinking himself to the brink of disaster.

Returning home to the Ozarks for the wedding of his twin brother, Jordan uncovers a dark vein in the Bayne family history: going back to the end of the Civil War, every generation of Bayne men have been twins--and one twin has always murdered their father.

As old tensions resurface, Jordan searches out the surreal origins of his family and a way to escape the murder that is his inheritance. Following the brothers' every move are a mysterious hill dweller and his grotesque partner, a duo that will stop at nothing to make sure the Baynes' cursed legacy lives on.


Andridge woke beneath the considered gaze of a young girl. Weakness decimated his attempts to move or speak. He was tucked beneath a blanket in a comfortable bed in a clean, well-kept house. Daylight glowed through the blind drawn over the only window. He folded back the covers and basked in the relief of fresh air on his skin. Regaining his senses overwhelmed him at first. Weakness sapped his muscles,
stiffness spread to the rigid tips of his toes. A high-pitched ringing pierced the drum of his inner ear,
when he flexed his jaw the room went mute. His tongue flopped foreign in his mouth, and he could still barely hear past his own breathing.

Weakness twice. Once it decimates then it saps. Somehow his sapped decimation still allows him to fold back covers. Someone is sitting in the room looking at him and his inner-ear drum (as opposed to the outer-ear one) is pierced by ringing but he can barely hear over the sound of his own breathing and, when he flexes his jaw, the (inanimate ergo voiceless) room goes mute.

There is so, so much more of this on the other pages, this words slightly misused, this metaphors so mixed they'd break every racial purity law ever drafted, this clangorous overwrought writerly performance anxiety that I want to take the Dzanc people, heretofore in my highest esteem and most grateful graces, out to the woodshed for some serious bastinado-ing.

Gorgeous jacket, elegant text design, good-quality paper, praise from authors whose work I like and respect; and yet this is not a good book, so I can't get it up to fake a nice-person review. Not even because it was an early birthday present from a certain young man who is doing his damnedest to dig himself out of a really, really deep hole he dug for himself. It's a shame someone paid an advance for this, paid to edit it, paid to design, copyedit, proofread, print, and bind it, when it should live in the author's top drawer and another, better book now languishing in a similar top drawer should be here gladdening my heart with its aesthetic merits.

Instead, I'm ticking demerit after demerit off what was a very good idea (yes, Young Gentleman Caller, you chose well, this is my kind of story) whose promised parts...father/son musical rivalry, supernatural shenanigans foretold in an excellent dream sequence...just fail to cohere into the augured configuration.

Failure to launch.
Posted by Richard at 8:13 PM