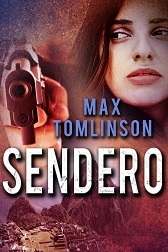 The Publisher Says: In 1987, the dirty war that will last twelve years and kill thirty thousand Peruvians finally reaches up through the Andean cloud forest for Nina and her family. Nina’s father is shot by soldiers, her mother raped, and her brother lost to the shadowy ranks of Shining Path guerrillas. And when Agustín Malqui, the village pastor, files a legal complaint against the military, it’s no surprise when he disappears in the middle of the night—just another casualty of the military regime.

Twenty-odd years later, Nina, now an officer in Cuzco’s tourist police, comes across a familiar name on the police printer that she scans daily for any trace of her long-lost brother. Agustín Malqui is alive. After spending years in a political prison, the broken pastor has been wandering the country, saving souls and drowning his demons in pisco. Nina tracks him down, only to lose him yet again in a police sweep of political malcontents. But before Malqui disappears, he tells her a drunken tale she can scarcely believe: that her brother Miguel is still alive.

Despite warnings and threats from her chief and the pleadings of her lover, an officer in Peru’s anti-terrorist branch, Nina presses on to find Malqui. Her search takes her through Peru’s underworld, from remote villages high in the Andes to the steaming jungle haunts of the narcotraficantes, and ultimately to a secret political prison in the altiplano, where she learns the truth about Malqui and her own vanished brother.

My Review: I've been to Cuzco twice, and Peru three times, in my life. I very much like it there, and I am a big fan of the Andean people's surviving culture. I came to the book ready to love it.

I liked it a whole lot.

There are the accustomed ebook-original glitches, typos and oddly placed punctuation marks and continuity errors. I don't want to dwell on them, but one big one is the last-name change of a major character between books one and two. I sigh, and remove one star.

Ninasisa is a really sympathetic character to build a series of thrillers on, and full marks to Mr. Tomlinson for making her believably damaged by her and her country's fraught past. Nina, as she is known in most of the book, has sustained losses that would wreck a lesser person's entire life. Nina isn't rising above her beginnings, she's building her future on making the beginnings part of it. She never hides or is shamed by her mountain-Indian origins, despite the fact that she's dating a Spaniard (a white Peruvian) from Cuzco's upper classes.

She never forgets that her roots are down low, despite a US university education and a job with the Tourist Police. She could credibly downplay the past, but chooses not to, and that provides a lot of conflict between herself and the class- and race-conscious Peruvian culture. Reading her interactions with the gigantic lower-class majority of Cuzco, the ancient Inca and modern Andean capital, rang very true to me. (My contact with same having been an Andean tour guide who was at pains to inform his American guests of the true nature of poverty.)

I removed one more half-star for the first-time novelist errors of characterization, such as the all-villain-all-the-time bad guys, and the overwhelming goodness of all the womenfolk. It's not tragic, but it informs the ending of the book, which...well...it was certainly dramatic and very well set-up by the rest of the book, but was...pat. Expected. Predictable, if excitingly written.

Not quite excellent. Not perfect. A good, solid read, delivers on its promise of action, and manages a vivid sense of place. At $2.99 for the Kindle version, it's worth that and more.