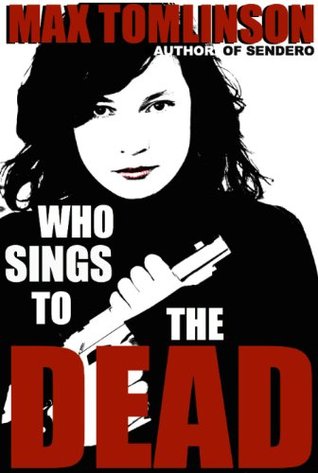 The Publisher Says: Who can you trust in a country haunted by its past?

On the hunt for an abducted Indian beggar girl, Peruvian National Police officer Nina Flores is determined to track down the suspected kidnapper, a man who resembles what the locals call pishtacos: tall, pale ghosts who steal children. In spite of being jumped by a mysterious attacker, and the murder of a woman who gets too close to the truth, Nina is blocked at every turn by her superiors. Then she discovers links to a second case reaching back twenty years to the country’s dirty war. Defying the powers that be, Nina forms a shaky alliance with a member of a brutal drug cartel and heads deep into the Amazon jungle. She will bring the lost one home, or die trying.

My Review: My goodness. This is another case of a thriller that thrills, but leaves some nagging questions in the reader's mind. None are fatal to the story. All are significant enough that I feel I must mention them.

I very very much enjoy the Peruvian setting. I love Ninasisa's complete and understated conviction that she can handle any-goddam-thing that Peru, the USA, the narcotraficantes, can dream up to throw at her. The view of the politics of The New Peru is, I am convinced, accurate: Good people trying to make amends and start anew, bad people trying to make a buck and get a piece of the pie, and world leaders silently tolerating what would, in their own countries, cause revolution and outrage.

Nina, as she is referred to most of the time, is a poor girl from a poor family, who made it into a darn good job because her narco uncle feels bad about her orphanhood and subsidized a US university education for her. He would have preferred that she stay there. She came home and became a Tourist Police officer...an interface between Peru's lawlessness and tourists' expectations of a civilized experience.

Now she's embroiled in a chase, thinking that one of the street kids she looks out for as a form of paying it forward is being pedophilically used after being snatched off the street during Easter Week chaos by an American tourist.

The chase is remarkably slow. Many days go by, a week or more before Nina can get close to the perp. Any police department will tell you that this is a *terrible* sign, no search, no discovery, no demand for ransom within 48 hours maximum usually means it's a recovery mission and not a rescue. Tomlinson makes sure we experience Nina's frustration, which becomes problematic because it's all we experience. There is nothing that impels us to invest in the lost child, since her older sister is the character we see more of and we don't see all that much of her. Common thriller techniques, like dates and times as chapter headings, or short fast chapters, aren't employed here. It leaves out a kind of urgency that can only help readers see how much Nina cares, that she's investing so much time.

Nina's new crush object, after the first book soured her relationship with an earlier paramour, is terribly convenient and quite promising. He is drawn with care to show what about him attracts and then interests a wary, heartsick woman of early middle age. Because he is so sketchily filled in, I can only be morally certain that he's younger than she is. That's certainly not unheard of, and it's clear that Nina possesses the attributes that interest straight men, but it does raise a question I wondered about in the first book: She's in early middle age, at 36, and no one...not one soul...says anything about her being an old maid or a lesbian or boo-turkey about it. In Peru. A Catholic patriarchy.

That ain't bloody likely, more especially since she takes such an interest in the sex workers and children of Cuzco. SOMEone would make a jibe about her getting the kids she never had, looking for a girlfriend among the whores, etc etc etc. Men are like that, and so are some of the cattier women that Nina runs up against.

And the American villains of the piece? Well, sketched in adequately to show why they're villains and what damage they've caused and endured. The ending, however, doesn't hang together where they are concerned, and the final chase scenes lack a sense of more than theatrical stakes because of it.

And finally, a niggle. Something that gets under my saddle and rubs a blister on my hide. PICK A CONVENTION. Italicize Spanish and Quechua, Spanish or Quechua, but not sometimes and then not. Also, choose a single spelling convention, either American (Cuzco) or Peruvian (Cusco). Different between books. That isn't good. Italicize Spanish AND Quechua, or just Quechua (which I'd recommend, since in Peru it's still a second language and that reinforces the Peruvianness of the books). And spellcheck is NOT your friend in Spanish. Barracho doesn't mean anything that I know of.

These are issues that affect fussbudgets like me, though, and only because I'm engrossed in the story and don't want to notice extraneous stuff like that. I like Nina, I like Cuzco, I like where it seems we're headed, and for the price I can't imagine a better deal.