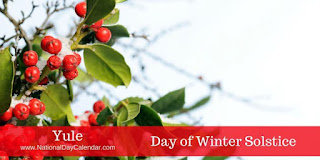 The Solstice is upon us, the longest night of the Solar year. I'll be off, as in not posting, until a few reviews come out late next week. Today at 11:30am Eastern Standard Time, the day will begin its journey to night. This is the moment during the year that cultures more closely attuned to the seasons than Western cultures are have used to celebrate the brightness that begins its inexorable return to the Northern Hemisphere. Traditionally a toast offered at Yuletide is, "All the Yule blessings rain on {your friend's name here}!" This year, the Solstice coincides with a rare astrological alignment of the Sun and Jupiter in Capricorn.

For the astrologically illiterate, that means "whoa Nelly, this gonna be one really bad motherin' day." That toast would just rain hellfire on your friend this year, so don't use it!

I hesitate even to type this...how much worse could it be than the other 350-plus days of 45's totally illegitimate presidency?

What a year this was. What a difficult and complicated year! An illegitimate government based on fraud, lies, and misrepresentation. The worst sort of people, an actual kakistocracy, blatantly colluded with a foreign power for the first time in US history. They wrenched control of our country away from We The People on the 8th of November 2016. One full cycle of the Sun later, the horrors are unraveling but not fast enough, not soon enough, for the most vulnerable among us.

The "laws" passed by the Gross Old Pedophile Party's "lawmakers" are, as they themselves have proved by attacking Obama's very modestly progressive legislative legacy, susceptible to repeal and replacement. It's what they used voter suppression and Russian hackers to achieve, after all, a spurious and invalid "majority" to invalidate, erase the best true Republican president of modern times. 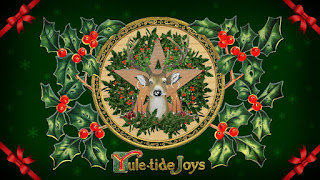 The one solid, reliable joy in this dark night of our national soul has been reading good books. It's a tough world out there. #ReadingIsResistance, my year-long scream of outrage at 45 and his cronies, has kept me from curling up and giving up and resigning from life. They can't colonize my mind if I stuff it full of ideas I want to support, believe in, guide myself by. This is their worst nightmare: The quiet small-time resister with a big mouth and an agenda.

I want everyone to resist the continuing drumbeat of stupidity battering each of us as media outlets report the inane and idiotic blather of the kakistocracy to us. Listen to what these idiots are saying, and in public no less, thinking that the US populace is less a body politic than a hoi polloi, a rabble to be roused then doused with the piss they've trickled down on us. 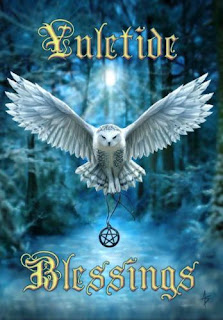 Here's my one and only positive idea for this Yule, this season of renewal and revival: Raise a glass and toast, "All the Yule blessings rain on you, {insert 45's horrible name here}!" Then so mote it be.
Posted by Richard at 6:30 AM