THE TRADESCANTS' ORCHARD, a spectacular gift book for your garden lover 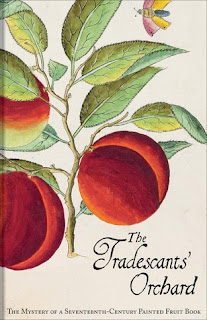 The Publisher Says: In the early seventeenth century, England’s leisured classes took an eager interest in fruits from the Mediterranean and beyond, introducing species from abroad into the kitchen gardens and orchards of grand homes. A charming collection of sixty-six early watercolors showing fecund trees with fruits hanging heavily from their branches, The Tradescants’ Orchard is a testament to these broadening horticultural horizons.

The Tradescants’ Orchard reproduces for the first time the entire manuscript, traditionally associated with the renowned father-and-son nurserymen the John Tradescants. The paintings pose many questions: Who painted them and why? What is the significance of the wildlife—birds, butterflies, frogs, and snails—that appear throughout? Why is there only one depiction of an apple tree despite its popularity? Were there others that have since gone missing?

A visual feast that will appeal to botany and gardening enthusiasts, the book also includes an introduction that maps out the mystery of how and why these enigmatic watercolors were made.

My Review: Visual perfection, this. A gorgeous old book, not a scientific treatise but more likely (or so scholarly opinion has it now) a sort of seed catalogue made to entice the wealthy landowners of its century (the 17th century, we're pretty sure) into planting fashionable gardens and orchards. How can this be a sure analysis of the book's origin? We have many examples of herbals and botanical texts from earlier and contemporary times...this book's charming and attractive artwork isn't scientifically accurate. It's even whimsical at times, and how many whimsical scientists have you ever met? Or even heard of?

Look at this! Just look at the itty-bitty bugs! How totes adorbs are they?!

But they're fantasy bugs, not carefully rendered anatomically observed type models, and those things are present in the academic books produced at and before the time this book was made.

The Bodleian Library, an ancient (to my American eyes) repository of bookish treasures from all ages of England's long, long history of literary greatness, publishes facsimiles like this as well as fascinating and little-known treasures once common, for this generation's curious and cultured to consume. This is God's Work from my point of view. There is no more important duty for a library than to preserve and disseminate the words, ideas, images, thoughts and prayers, of the past to the present. In this sacred trust they are assisted by their US distributor, the University of Chicago Press, which has the Great Chicago Book Sale running. This book was a birthday gift to me from a friend who gave me a gift card. It was only $19 in the book sale! A perfect amount of money to spend on a lavish-looking gift given to your slightly distant but important to remember giftee this Yuletide. And, bookish friends, you won't be able to leave the book sale without acquiring a few treasures for yourownselves. This link takes you to the sale catalog. Use code AD1647 to get the discounted prices when checking out.

Can you resist spending a lousy $20 to get over 100 pages of joy like this image of a cherry varietal? 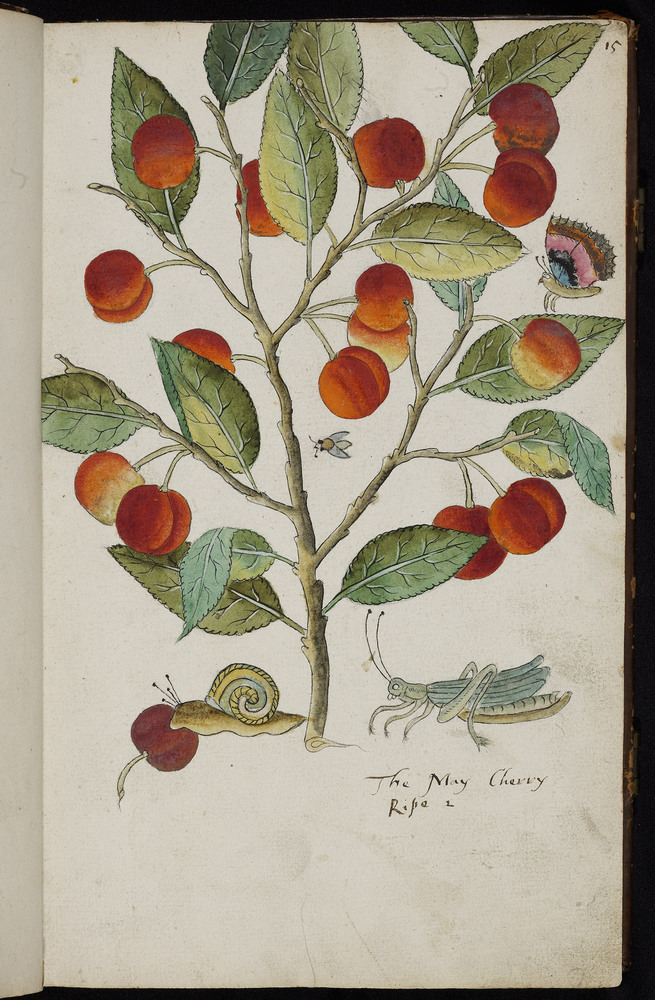 I though not. You're welcome.
Posted by Richard at 6:30 AM