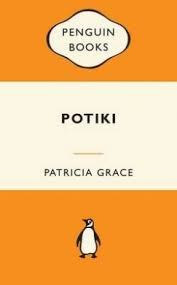 The Publisher Says: Roimata and her family have rejected cities and unemployment to return to the land. Here they live a rural life, fishing and farming just enough for their own plates. But when they are approached by property developers, they suddenly find their land, livelihood and community under threat.

It is the younger generation who prove that it is possible to fight back: Manu, child with nightmares, who was schooled at home and fostered a new heart in the community; James, the wood carver, who will retell their genealogies with his hands; Toko, the Prophet Child who knows he won't live long, and who warns as a young boy that the stories will change; and Tangimoana, lawyer, daughter and wilful loner, who sees 'the strength of a branch to be not in its resilience, but in its ability to spring back and strike.'

With its layers of stories and shifting perspectives, Patricia Grace has crafted a spirited and moving novel showing that 'good can come from sorrow, new life from old.'

My Review: Simply stunning. Almost perfect. A pearl in the oyster (I love me some oysters!) of reading life.

It will not appeal to everyone, as it has many words and concepts untranslated (or untranslatable, I can't be sure which) from Maori. It unfolds, as I feel the best stories do, at its own pace. It's 30 years old and that means the events of the past referred to by Roimata and Hemi are in the 1940s and 1950s. 21st-century readers are cautioned not to think that New Zealand is the same; also that it's changed utterly. Like the US with its fraught "racial" divide in politics and culture, New Zealand has its own fault lines and seismic cultural rifts.

The dreamlike poetry of the first half of the short novel makes one think that the story will fit comfortably into a magical realist groove. The second half takes up the story's 1980s crisis in a less otherworldly tone, but with the same sense of rootedness and cultural sanctity as the first part.