Peter May takes us to an Ancient Scotland in THE BLACKHOUSE, first of a trilogy 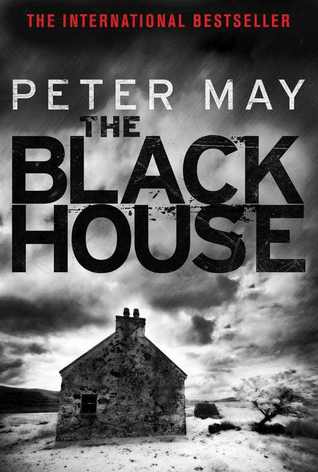 Rating: 3* of five, but just barely

The Publisher Says: From acclaimed author and television dramatist Peter May comes the first book in the Lewis Trilogy--a riveting mystery series set on the Isle of Lewis in Scotland's Outer Hebrides, a formidable and forbidding world where tradition rules and people adhere to ancient ways of life. When a grisly murder occurs on the Isle of Lewis that has the hallmarks of a killing he's investigating on the mainland, Edinburgh detective and native islander Fin Macleod is dispatched to see if the two deaths are connected. His return after nearly two decades not only represents a police investigation, but a voyage into his own troubled past. As Fin reconnects with the places and people of his tortured childhood, he feels the island once again asserting its grip on his psyche. And every step forward in solving the murder takes him closer to a dangerous confrontation with the tragic events of the past that shaped--and nearly destroyed--Fin's life.

The Blackhouse is a thriller of rare power and vision that explores the darkest recesses of the soul.

My Review: This was a huge, long slog of a story, alternating between Fin (the main character) as narrator of his life of unremitting grimness and misery, and third person limited, basically the camera-eye PoV that one would expect to find in a novel by a screenwriter. This made the pace slow for me as each time we shift, I have to hit the brakes or push in the clutch to shift up.

This isn't to say that the author is a bad writer, his prose is limpidly clear. But keep Google open while you're reading, since there are unexplained, untranslated Gaelic words all over the place. There are exciting sea scenes and tense moments of nailbiting stress during the islanders' unique rite of passage for males.

There are also characters who are unnecessary, flashbacks of unconscionable length and questionable necessity, and an ending that will break a decent person's heart...that has holes the size of a gannet in it. (You'll get the joke later.) If the ending is true, and I think it is true to the character and the build-up, the obliviousness of the responsible adults of the island is unconscionable and unpleasant.

Trigger warning for animal rights activists and the tenderhearted towards all gawd's creation, and for child abuse.
Posted by Richard at 11:45 PM