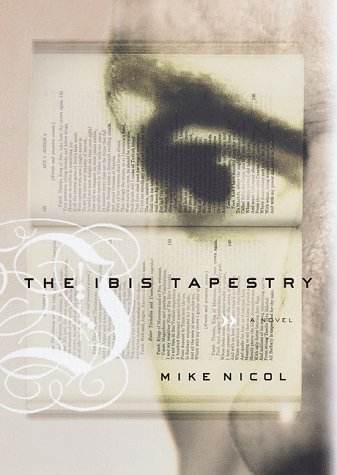 The Publisher Says: An audacious departure for the internationally acclaimed South African novelist--a thriller with all the searing immediacy of today's headlines.

Who was Christo Mercer, and why was he brutally stabbed to death in a remote Saharan town? For Robert Poley, an unhappy writer of political thrillers, the welcome distraction posed by this question has become an obsession. With the mysterious delivery of a laptop computer and a cryptic email message, he finds himself slowly entwined in the vagaries that constituted Mercer's life and death. An illegal-arms trader haunted by his nightmares, his past, and his clandestine involvement with a ruthless rebel-- and with Christopher Marlowe's Tamburlaine the Great --Mercer lived on the grand stage of history, yet remained obscured by shadows until his seemingly fated demise. Now, piece by piece, in a complex web of social, political, personal, and fictional disclosures, the intricacies of Mercer's troubled psyche begin to reveal a pattern as corrupt as South Africa's in the aftermath of apartheid--years of judicial inquiry, the Truth Commission, and continued social unrest.

With alchemical bravura, Mike Nicol turns history into fiction and fiction into history, bringing to allegorical life the haunting story of a murder emblematic of South Africa's recent past.

My Review: Well...that piece of publisher puffery isn't, in my opinon, supported by this highly literary and relatively suspenseless, badly miscategorized "thriller." There is nothing thrilling about the narrator's life. The thrilling subject of the narrator's research project is all flashback and invention, barnacled with notes, digressions, irrelevant faux-research-paper citations...it gets tedious.

But what makes this read a good one for me is the thing that I suspect would turn off the mass of American readers: Untranslated Afrikaans words, unexplained geography, facets of South Africa's rich and complex culture that will be unfamiliar. I am a little better versed in these things, as I dated a South African for a good while; but I would hope that avid readers would find it an interesting chance to learn about this amazing place.

Mike Nicol has a considerable reputation as a thriller writer. A novel of his, HORSEMAN, was hugely and internationally acclaimed. As THE IBIS TAPESTRY is the first of his works I've read, I think I'll try it before reaching a conclusion about Mr. Nicol's readerly chemistry with me. Based on this book alone, I don't think I'd be a fan. But there's a lot to be interested in here.

The arms trade is a scourge on the world. South Africa, after an arms-sale embargo was put in place by the UN in 1963, developed a gigantic and sophisticated war-machinery manufacturing sector. Industries require sales and sales require customers and customers are thick on the ground among the hate-fueled warriors infesting Africa. So it's only logical that a well-connected "Englishman" with a serious psychological problem...what we'd call in the here and now PTSD...that fixates him on the world of power players and influence peddlers in his native South Africa. The Marlowe play he obsessively reads, analyzes, revises in his own words is the epitome of England's 16th-century expansionist, imperialist self-image building. It's not too much of a leap to see this man's fascination for our narrator, a writer of thrillers in the airport-book mode. His own life and family have blown up in his face and he badly needs a complex puzzle to work out.

The complexity of the puzzle is a big part of the book's appeal for me. As our narrator moves through the steps of solving his subject's murder, he takes steps that lead him into contact with the underside of South Africa's arms trade, supplying warlords with destructive capacity and to hell with the consequences. The South African arms trade is global, but by focusing on Africa and its warring factions, Nicol manages the tough trick of illuminating the horrors and consequences of war with the minimum of gore. It is the gift of the talented storyteller to make a subtext of violence. I see the gift in Nicol's story of THE IBIS TAPESTRY. But it takes a love of puzzles to get the most from this book's complicated world.
Posted by Richard at 3:48 PM