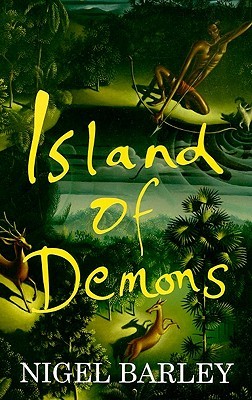 The Publisher Says: Many men dream of running away to a tropical island and living surrounded by beauty and exotic exuberance. Walter Spies did more than dream. He actually did it. In the 1920s and 30s, Walter Spies - ethnographer, choreographer, film maker, natural historian and painter - transformed the perception of Bali from that of a remote island to become the site for Western fantasies about Paradise and it underwent an influx of foreign visitors. The rich and famous flocked to Spies' house in Ubud and his life and work forged a link between serious academics and the visionaries from the Golden Age of Hollywood. Charlie Chaplin, Noel Coward, Miguel Covarrubias, Vicki Baum, Barbara Hutton and many others sought to experience the vision Spies offered while Margaret Mead and Gregory Bateson, the foremost anthropologists of their day, attempted to capture the secret of this tantalizing and enigmatic culture. Island of Demons is a fascinating historical novel, mixing anthropology, the history of ideas and humour. It offers a unique insight into that complex and multi-hued world that was so soon to be swept away, exploring both its ideas and the larger than life characters that inhabited it.

My Review: The Balinese chapter of artist/musician/anthropologist Walter Spies's life, as told by the intimate companion of those years, Dutch artist Rudolf Bonnet. Spies, a German of the Hanseatic sort, was in Russia during the revolution (one thing we tend to forget at a hundred years' remove is that Germans were the Americans of Eastern Europe for several hundred years), in Berlin during the grisly Weimar Republic, and ran away from his demons after breaking up with F.W. Murnau ("Nosferatu"?) by moving to the Island of Demons...Bali.

Here he spent the entire rest of his life. He became a stop on the tour. He was largely responsible for the view the decadent, rich West held of Bali as a land of lush, lovely, lascivious lads and, well, really, what else matters? So come (!) they did in their legions, infecting and changing and generally making Bali a Disney park. The Dutch, in that day and time the colonial power, thought that was just ducky...until WWII. *bam* into prison camp, *swoosh* out of prison camp when the Japanese won, *whisk* off to a less sensitive location...this then the end of our story, since Bonnet lived for many years after his beloved Walter's death, but the ostensible reason we're reading this novel is that Bonnet is visited by a handsome stranger, James Grits (Grits? Barley? Get it?), who is researching Walter, and these are his memories of the love of his life. It's a hoary old technique, but hey, who's to argue with tradition in an historical novel?

I loved this book. It felt so good to sink into Barley's nicely crafted sentences, into his clear and present love for Bali, for Spies, for the dear and dull Rudi, and the dead past. So many historical novels read like research papers gone metastatic. This one *reeks* of longing to be there, to be part of the world the author has studied and documented.

I recently read another historical novel, this one set in 1980s New Jersey, and clearly a roman a clef...and it was grisly, a Bataan Death March of a book, it was so very very evidently not a lover's nosegay to the subject, that I wanted to remove it from my belly-pillow with tongs and dispose of it in some dog-safe way so she wouldn't even sniff it. I was ready to exorcise that demon from my brain. Island of Demons did the trick.

I suggest the book to gay people, well, men mostly; the frankly disagreeable presentation of the female characters is unlikely to meet with the common or garden lesbian and/or feminist's wholehearted approbation. All you misongynists, whatever gender, c'mon down! This is your reward for wading through all the anti-man crap out there!

It really helps to know who some of the people who helped Spies put Bali on the map are: Barbara Hutton the stunningly rich heiress, Margaret Mead and Gregory Bateson the anthropologists, Vicki Baum the German Jewish Lesbian Hollywood Screenwriting Legend, Rosa and Miguel Covarrubias the depressing socialist straight people (GOD are they boring), composer/queer ikon Colin McPhee and his depressed, schizophrenic wife Jane; there are others, but that list, if it makes you pucker your lips and say "...wha...? Who...?" to each entry, means this is a fun romp, a good-time read; if there are little "aha!" moments, well, there is some lovely, bitchy subtext of the sort we *used* to call camp (a dying art, camp; so sad). But no matter! Just read it! So much pleasure to be had! Have some.
Posted by Richard at 6:30 AM