UNASHAMED, rapper Lecrae's memoir of Being Saved, and my vote for 2016 Goodreads Choice Awards in Memoir 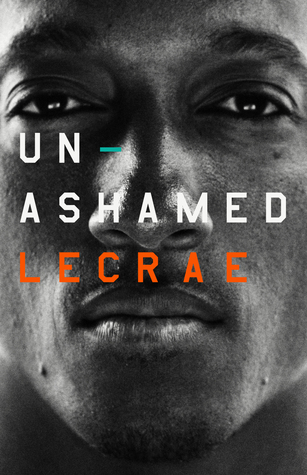 The Publisher Says: Two-time Grammy winning rap artist, Lecrae, learned this lesson through more than his share of adversity—childhood abuse, drugs and alcoholism, a stint in rehab, an abortion, and an unsuccessful suicide attempt.

Along the way, Lecrae attained an unwavering faith in Jesus and began looking to God for affirmation. Now as a chart-topping industry anomaly, he has learned to ignore the haters and make peace with his craft. The rap artist holds nothing back as he divulges the most sensitive details of his life, answers his critics, shares intimate handwritten journal entries, and powerfully models how to be a Christian in a secular age.

This is the story of one man's journey to faith and freedom.

My Review:I voted for this book in the 2016 Goodreads Choice Awards. There's no obvious reason I'd vote for some christian crapola over the memoir of Gloria Vanderbilt and her gay son Anderson Cooper, except I really can't relate to rich people's problems any more. On the dull side, frankly. Being so desperately wretched that suicide makes sense I can relate to (although in my case it was a thyroid imbalance that tipped the scales).

Lecrae's problems aren't dull. They include a laundry list of every social ill I've been able to dream up. He ticks every box and then, one fine day, gawd reaches down and saves him. My eyes rolled so hard I was dizzy for a week.

But I voted for the book because I felt the sincerity and passion and belief oozing from every bit of this story. That makes up, in my never-humble opinion, for the fact that I oppose every single thing that Religion represents.
Posted by Richard at 7:26 PM