BURNING GIRLS by Veronica Schanoes, as concetrated and as powerful as any ancient fairy tale 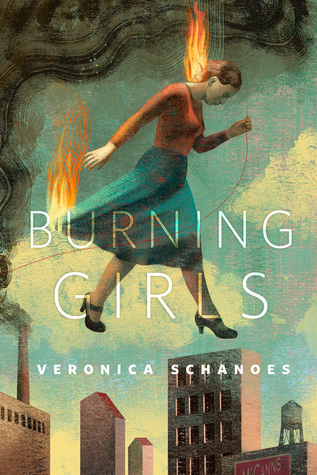 The Publisher Says: Burning Girls by Veronica Schanoes is a fascinating dark fantasy novella about a Jewish girl educated by her grandmother as a healer and witch growing up in an increasingly hostile environment in Poland in the late nineteenth century. In addition to the natural danger of destruction by Cossacks, she must deal with a demon plaguing her family.

At the publisher's request, this title is being sold without Digital Rights Management software (DRM) applied.

My Review: Most fairy tales, myths, folk stories, and the like have gone through the lapidary process of retelling and refining to fit the mouths of many generations, each with its own set of prejudices and needs. Writers building on this huge pile of glittering gems are able to take shortcuts and make vague gestures, sure that wide swathes of their audience will catch the nuances and those that don't won't care too much.

It was doubly welcome, then, that Schanoes made it her business to avoid the lazy and (I don't doubt) tempting "look! look! I got this idea here!" gestures. Instead she uses the fine word-instruments with sharp points that create the facets in a fiery gem of story. Her retelling of a long-beloved folk tale will surprise you, so I won't give away its source. What I will say is, when the big reveal came, I was dreading and expecting it, the story had taken its final switchback turn of inevitability, and I was just hanging on to the hope that, by some miracle of authorial will, that last, smallest chink of light wouldn't...

...but you know, stories have their own gravity, they obey a physics that won't be denied, and Fate simply Is.