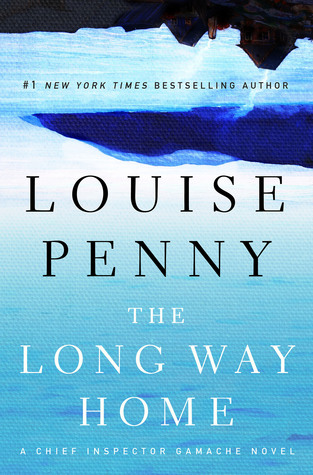 The Publisher Says: Happily retired in the village of Three Pines, Armand Gamache, former Chief Inspector of Homicide with the Sûreté du Québec, has found a peace he’d only imagined possible. On warm summer mornings he sits on a bench holding a small book, The Balm in Gilead, in his large hands. "There is a balm in Gilead," his neighbor Clara Morrow reads from the dust jacket, "to make the wounded whole."

While Gamache doesn’t talk about his wounds and his balm, Clara tells him about hers. Peter, her artist husband, has failed to come home. Failed to show up as promised on the first anniversary of their separation. She wants Gamache’s help to find him. Having finally found sanctuary, Gamache feels a near revulsion at the thought of leaving Three Pines. "There’s power enough in Heaven," he finishes the quote as he contemplates the quiet village, "to cure a sin-sick soul." And then he gets up. And joins her.

Together with his former second-in-command, Jean-Guy Beauvoir, and Myrna Landers, they journey deeper and deeper into Québec. And deeper and deeper into the soul of Peter Morrow. A man so desperate to recapture his fame as an artist, he would sell that soul. And may have. The journey takes them further and further from Three Pines, to the very mouth of the great St. Lawrence river. To an area so desolate, so damned, the first mariners called it "The land God gave to Cain." And there they discover the terrible damage done by a sin-sick soul.

My Review: So, no spoilers. Let's just say that at least one person of my intimates will end this book smiling from ear to hobbity ear.

Now, the book. I mean, the object that is a book, not the novel inside the book. The dust jacket is printed, quite unusually, on case-spine binding paper. It's got an unusual and strong texture similar to painting canvas, which is appropriate; it makes the jacket image far more like the beautiful painting it is, which is a lovely touch; and they spent the spondulix to spot-varnish the author's name and photo, and the title, in a bid to look luxe. They succeed. The presentation is commensurate with the contents, classy and attractive and off-plumb enough to be irresistible.

Of the author's style I shall not speak except to say, if you're reading this book ten of the series, don't complain because you *knew* what you were in for before the book arrived. I myownself like it.

I wasn't entirely surprised by the ending, as it was more or less what I'd figured was inevitable. The action in the last three chapters kept me deeply involved. There is an element to the resolution of the story that I found weirdly out of kilter, but in the end found I wasn't willing to get sniffy about.

The book Gamache is reading appears to be, weirdly, a tract or sermon by Puritan Anthony Tuckney. What that might be doing in his hands I have no idea, given that he and his father (one presumes) are Catholic by upbringing...but then again, cosmopolitan and intellectually curious people read widely. The African-American spiritual Balm in Gilead is a lovely song. The book is a very important piece of the book's trajectory.

Errrmmm. Uh, well now. Without spoilering a lotta lotta stuff, the only other thing I can say is how much I appreciate being able to spend time with the Three Pinesians established and transplanted. I also appreciate the, uhhhmmm, recently established familial interconnections and their high-quality handling by Penny. Rang very true to me, both the ease and the unease thereof.

Potential converts: Start at the beginning, Still Life, and persevere. By the end of book 2, Penny is in her stride. Fans: DO NOT SKIP BOOKS 8 or 9! WAAAYYY important stuff happens and you can't just "pick it up" from context without losing some very very important subtext. Remember how Penny loves to layer her stories!