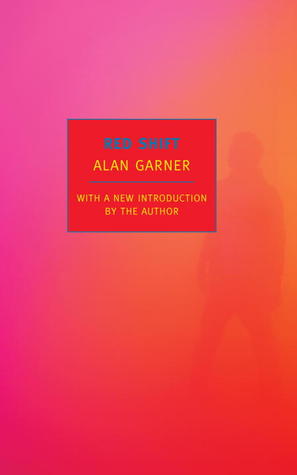 The Publisher Says: Collins YA editionA disturbing exploration of the inevitability of life. Under Orion's stars, bluesilver visions torment Tom, Macey and Thomas as they struggle with age-old forces. Distanced from each other in time, and isolated from those they live among, they are yet inextricably bound together by the sacred power of the moon's axe and each seek their own refuge at Mow Cop. Can those they love so intensely keep them clinging to reality? Or is the future evermore destined to reflect the past?

NYRB edition In second-century Britain, Macey and a gang of fellow deserters from the Roman army hunt and are hunted by deadly local tribes. Fifteen centuries later, during the English Civil War, Thomas Rowley hides from the ruthless troops who have encircled his village. And in contemporary Britain, Tom, a precocious, love-struck, mentally unstable teenager, struggles to cope with the imminent departure for London of his girlfriend, Jan.

Three separate stories, three utterly different lives, distant in time and yet strangely linked to a single place, the mysterious, looming outcrop known as Mow Cop, and a single object, the blunt head of a stone axe: all these come together in Alan Garner’s extraordinary Red Shift, a pyrotechnical and deeply moving elaboration on themes of chance and fate, time and eternity, visionary awakening and destructive madness.

My Review: Why didn't I hear about this back in 1973? I'd've lapped it right up with happy warbles and gruntled slurps. But what completely baffles me is how anyone could read this unpunctuated marvel of modernism and say, "YA shelves, next!" or even more utterly inapt, "Fantasy novel incoming!" WHAT. THE. ACTUAL. FUCK. are these people thinking? Teens might get absorbed in the time-travel element, and some goodly percentage of them will like the Cormac McCarthy-esque attributionless dialogue, but the fantasy reader is going away very sorely disappointed. Yes, there's a goddess, and heaven knows we're up to our hips in angsty teens. BUT THAT'S NOT THE POINT!

Okay, I've been ungently squawked at for spoilery reviews. (Good lord, grow up people! Don't read reviews of books you want to read if you're phobic about it!) There are three stories here. All of them take place in a very very tight geographical locus. They are separated by 1500 years (earliest to middle) and 300 years (middle to modern). The dialogue is all modern English, and still Alan Garner manages to convey a sense of the temporal location of the story...if you're paying attention!

And all the teens are able to experience each other. It's all psychometric in genesis (go look it up if it's new to you), and Garner handles it *beautifully* by not Explaining it, only making sure you know what happens as a result of the time loops.

I'm not sure what else I can say without giving too much of the game away, so let's cut to the chase: I don't like phauntaisee nawvelles and I'm pretty durned hmmmmm about time travel these post-Outlander days. And this novel, this gem of a McCarthy-writes-The Sound and the Fury-with-Virginia-Woolf novel, hooked me, gaffed me through the gills, landed me in the bottom of the boat and (at the very very end) exploded my teensy ickle brain-like thing with wowee.

So why aren't all sorts of people warbling their lungs out about it? Same reason I didn't until today: Never heard of it. I picked it up, idly, unsuspectingly, from a shelf in the house...looked at the "99¢" Day-Glo orange Jamesway sticker on the silver-foil coated jacket, winced, and then

oh some more and then

And now here I am, warbling about a YA time-travel teen-angsty romantic novel. With me on how weird that is? See the thing that doesn't fit the picture, namely me smiling?