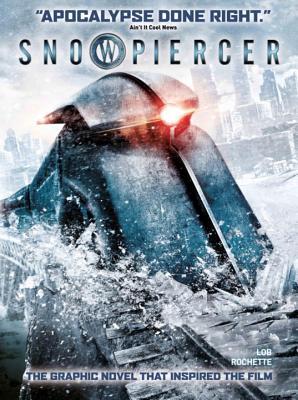 The Publisher Says: Snowpiercer is the enthralling and thought-provoking post-apocalyptic graphic novel that inspired the critically acclaimed movie starring Chris Evans (Captain America, Fantastic Four). Originally published in French, this marks the first time that Snowpiercer will be available in English.

In a harsh, uncompromisingly cold future where Earth has succumbed to treacherously low temperatures, the last remaining members of humanity travel on a train while the outside world remains encased in ice.

The surviving community are not without a social hierarchy; those that travel at the front of the train live in relative luxury whilst those unfortunate enough to be at the rear remain clustered like cattle in claustrophobic darkness. Yet, things are about to change aboard the train as passengers become disgruntled...

The movie Snowpiercer, released in 2014, is directed by Joon-ho Bong (The Host) and is already causing a stir with parallels to 1984 and Animal Farm.

My Review: This artwork is just not to my taste: 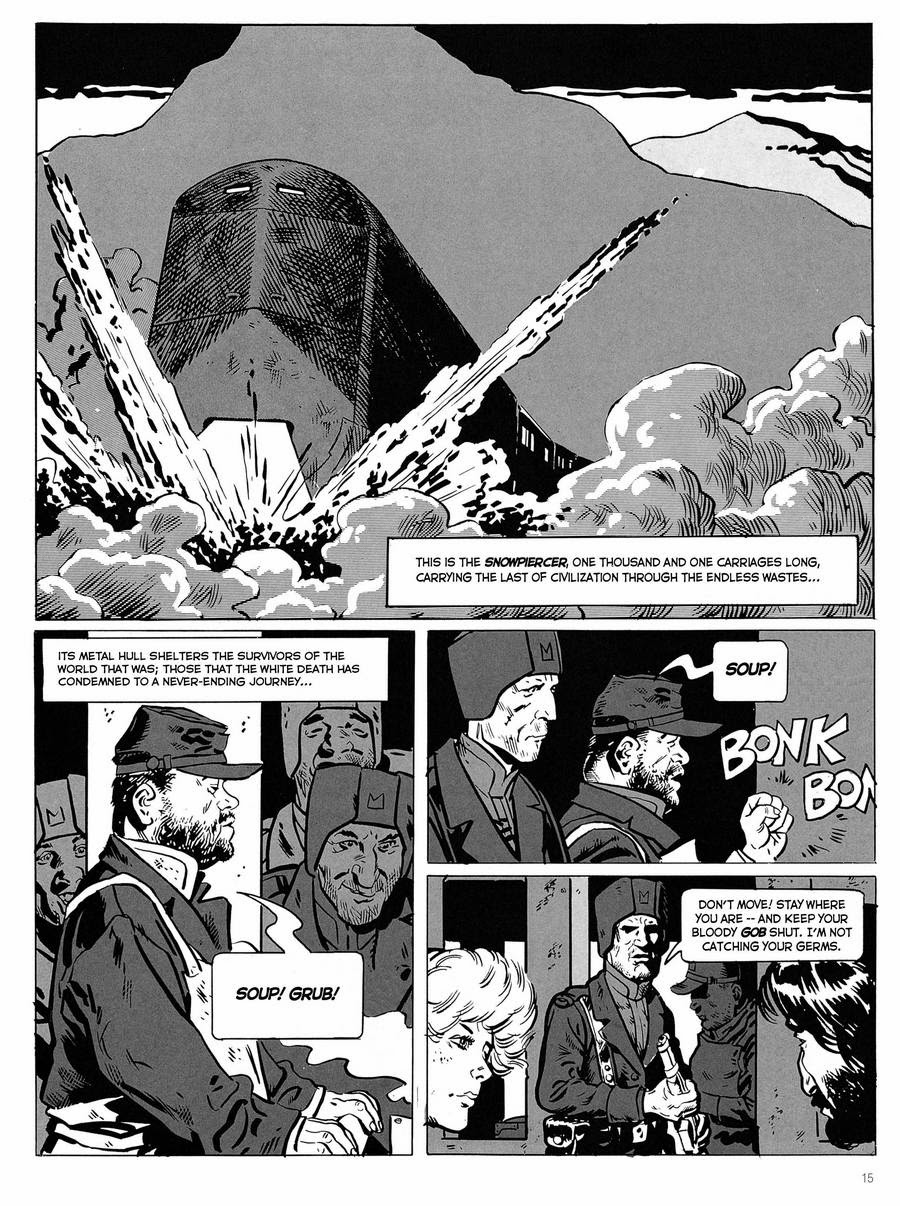 This isn't something I want to spend hours perusing. I found the print version less appealing than the movie. It was chaotic and underdeveloped its characters. 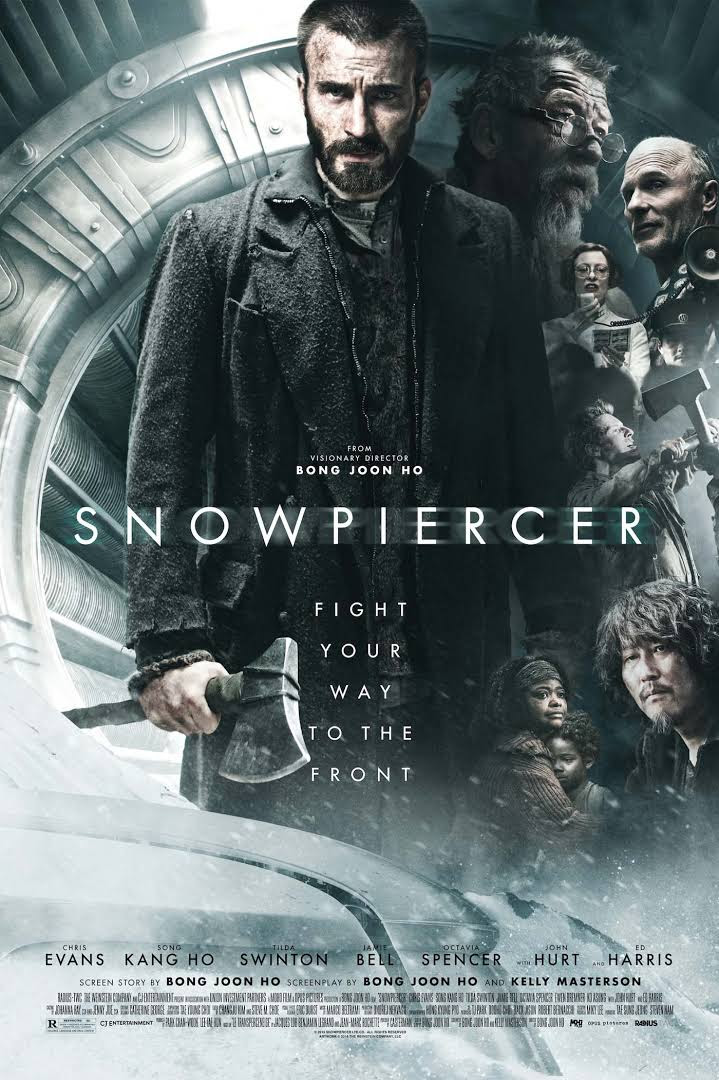 The graphic novel was well-served, though, by the film. It had the advantage of drawing from the whole series of them, of course, and that could well be the source of its superior character-building. The film is beautiful to look at, and the message apt and timely. It's 2:06:11, which is at least 20 minutes too long. That does seem to be a modern film failing.

The metaphor of the train is resonant; the acting supports the message of the metaphor well, with Chris Evans as revolutionary Curtis doing a bang-up job of being a gigantic force compressed into a tight, unyielding metal tube.

The seriously skeevy Mr. Big of the train Wilford, played by Ed Harris, was so oozingly vile that I wanted many horrible things to happen to him onscreen. Regrettably they did not. 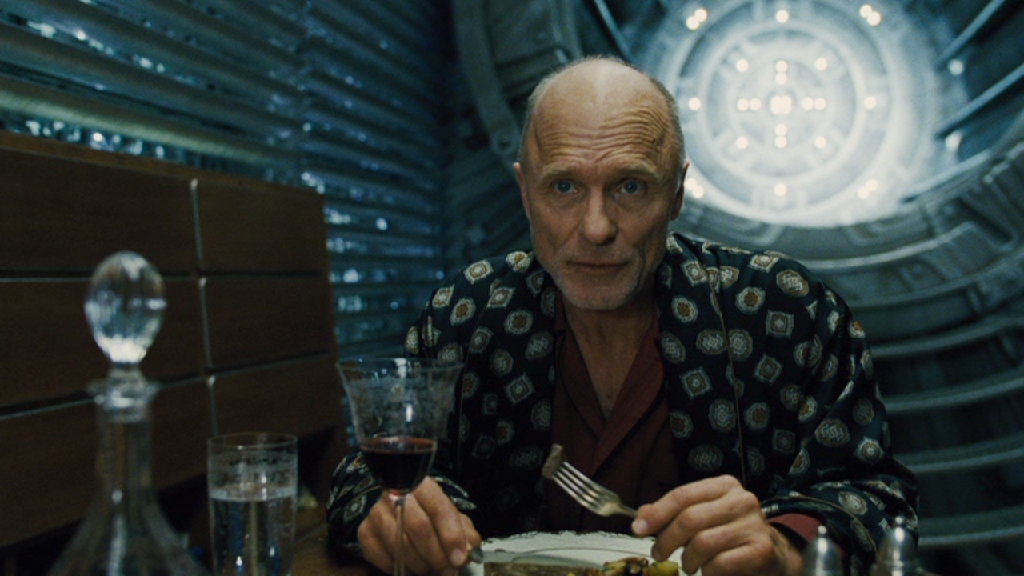 Tilda Swinton as the train's lickspittle Minister was unrecognizable, and her character was...memorably gawdawful.

It's a good film. All in all a good experience and an instructive one in Trump's America. The ordinary rental price is $3.99, and well worth it. I spent a piffling 99¢ as a promotional price and couldn't be more satisfied with the value-for-money ratio. I'd be much more vocal in my praises were it not for the ending (as is so often the case): suddenly the focus of the story is switched away from the main line, grinding to a stop rather than arriving at a destination.

Maybe that's the film's best metaphor after all. Just...grinding to a halt, not reaching a destination, seems to be happening all around.
Posted by Richard at 12:55 PM