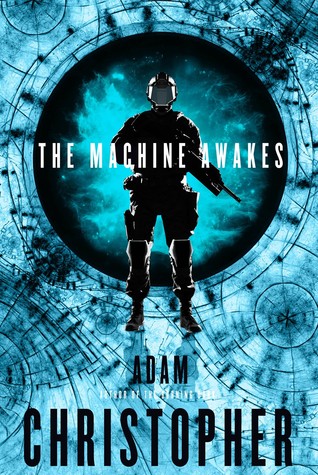 The Publisher Says: In the decades since the human race first made contact with the Spiders—a machine race capable of tearing planets apart—the two groups have fought over interstellar territory. But the war has not been going well for humankind, and with the failure of the Fleet Admiral’s secret plan in the Shadow system, the commander is overthrown by a group of hardliners determined to get the war back on track.

When the deposed Fleet Admiral is assassinated, Special Agent Von Kodiak suspects the new guard is eliminating the old. But when the Admiral’s replacement is likewise murdered, all bets are off as Kodiak discovers the prime suspect is one of the Fleet’s own, a psi-marine and decorated hero—a hero killed in action, months ago, at the same time his twin sister vanished from the Fleet Academy, where she was training to join her brother on the front.

As Kodiak investigates, he uncovers a conspiracy that stretches from the slums of Salt City to the floating gas mines of Jupiter. There, deep in the roiling clouds of the planet, the Jovian Mining Corporation is hiding something, a secret that will tear the Fleet apart and that the Morning Star, a group of militarized pilgrims searching for their lost god, is determined to uncover.

But there is something else hiding in Jovian system. Something insidious and intelligent, machine-like and hungry.

The Spiders are near.

My Review: This is book two. I have only one question: WHERE THE HELL IS BOOK THREE?!

Exciting intrigue, insane religious nutballs trying to bring Lucifer "back," twisty and unexpected politico-personal betrayals...IN SPACE! ON JUPITER!! Add in some vile, evil corporate chicanery, some love and some heartbreak...well, what are you waiting for? Go forth and buy from your favorite bookery.

Leave the lights on.
Posted by Richard at 6:30 AM