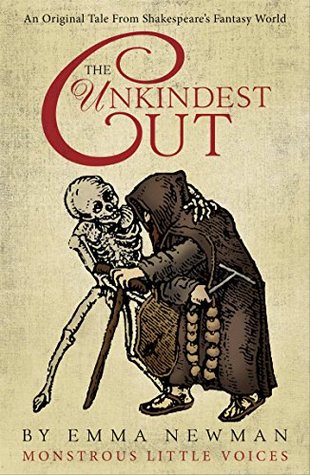 The Publisher Says: Lucia de Medici sought only to marry, ending a war that has engulfed all the world from Navarre to Istanbul; but she has been lied to, and made into an assassin. Now, armed with new knowledge and accompanied by the ghost of her victim, she sets out to find who so deceived her, and to what end, and to try and restore the damage done.

My Review: Have the hankies ready. There is a reason Meadows is known for dark fiction. This is a supremely clever narrative conceit, driven by the fact that even the smartest and most experienced practitioner of an occult art can fall over human frailties like motherhood, misplaced trust, the need to fix people, places, things.


Her mother's face was pale in the lantern light. She looked tired, and older than Lucia liked to think she was. The deep red velvet of her cloak made her look ill in contrast. "Dear heart, I have always told you the truth. I cannot tell you because I cannot see it."
"Have you lost your gift?"
"No."
"You can see the future for others, then, still?"
Her mother's sigh was one of a woman tired beyond words. "Sweet child, rest now."

As burdens go, parenthood's the heaviest imaginable to most mortals. Add in the unfathomable weight of governance. Then top it all with a "Gift" of supernatural power. No wonder la chère Madame sa mère sighs wordlessly. You would too. Adding yet more weight to the burdens Lucia and her mother must carry is the reason that the future must be scryed in the first place: Lucia's impending nuptials to Francesco de Medici will finally, once and for all, put an end to the Tuscan Wars that bedevil this fantasy Mediterranean and draw in the rest of the world, magical and mundane. If they can be brought to their successful conclusion.

So what constitutes success? Do forms have more value than substance? If forms are observed and goals attained by that measure, what cost exacted on the meat-puppets voids success?

Prospero, Duke of Milan, enters the stage with his cruel loss poisoning his never-sanguine personality and clouding his tiny remaining window onto human nature. Lucia's task is to remove him from the stage. Does she succeed in this task if, in accomplishing it, she uses a "One Ring to Rule Them All"-level evil artifact that in its use summons the violent, murderous immortal remains of Scottish King Macbeth to unleash his blood and horror onto the world Lucia's charged with saving?

In the end, the narrative noose that Newman draws about Lucia's neck is clear to the poor child. She has been used by forces far, far more powerful than it is safe for mortal beings to interact with.


Her face was wet and her throat raw. Everything seemed too dull, too slow to be real.
"Yours is not the face of love redeemed," Prospero said, not unkindly. "Take a moment to restore yourself. I fear you grasped that magic's nettle for longer than you should have."

Love redeemed? Love squished under the thundering hooves of the Universe's largest cavalry, yet left breathing and suffering. It is a sadist's delight, this tale. Lucia, standing in for the reader, makes the best decisions she can based on the best and most trustworthy information she has; that the information is unreliable and the decisions terrifyingly misinformed mean that we/she must now suffer the single most painful coming-of-age moment of them all: