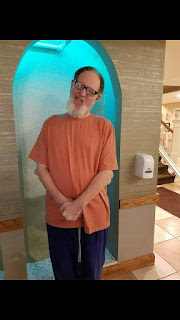 Hello my friends! I'm here to tell you some news about my life, my blog, my plans, and my needs.

First and foremost, THANK YOU THANK YOU THANK YOU THANK YOU for reading my reviews! About 500 of you look at the blog daily, and that's the most wonderful feeling I can imagine. To put my words out there, to express my opinions about other people's creative and business decisions, is both simple and scary. Simple because a rudimentary grasp of HTML is enough to get me on the web; scary because what I have to say isn't always popular, and the internet is chock-a-block with folks who don't hesitate to say really hateful, and often enough openly threatening, things to people whose ideas they disagree with or dislike. Many people on Goodreads, on Facebook, and on Twitter have taken me to task for expressing opinions not to their liking. While that's their Constitutionally protected privilege, it's irrelevant. If you disagree with someone, fine...move on. If they annoy you enough, block them from accessing your social media feed. But why bother airing it publicly, still less rudely? 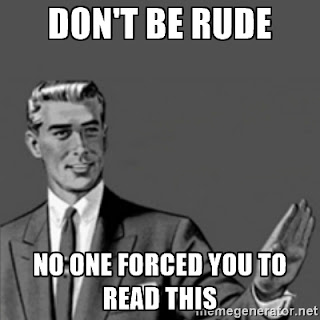 Secondly, the political and cultural landscape of 2017 has just changed. It's my opinion that it hasn't changed for the better. The president elect is a crude, loudmouthed, ignorant buffoon whose political supporters were aptly characterized by the failed primary-rigging ambulatory PR disaster of a Democratic nominee as "a basket of deplorables"—a loose confederation of religious nuts, racists, know-nothing radical reactionaries all funded by the cynical and horrifyingly sociopathic billionaire Economic Royalists. Read my 5-star review of THE CRASH OF 2016 here for that definition. My response to this change I did not create, do not support, and will not accept is to read and review more books. Shocking, isn't it. A man who has posted over 1,500 reviews on Goodreads alone, and over 500 on this blog, thinks reading can change the world. The thing is that it can. Ask all those Protestant christians. Their primary cult recruitment tool is a little backlist number called "The Bible," and generations of jokes aside, the main reason people subscribe to the cult is their encounter with its well-told tale of rebellion, execution, and resurrection. That is a supremely appealing meme, one that's served many religions before this one. Modern cult hits include The Little Red Book, which over a billion Chinese have read and from which many still quote; Dianetics, that unnerving artifact of a drunken argument among Golden Age SF writers; The Turner Diaries, a vile and evil call to arms for the lowest of the low-class, low-IQ, low-brow white supremacists; an exhaustive list would be exhausting to produce, so go do some research. It's my hope that my reviews of books that support progressive political causes and attitudes will bring them to the attention of the reader of discernment, taste, and a positive, engaged social conscience. (I can go get some more butter to butter you up with if it will help.) From there, I hope the books I've chosen to review will make it to your TBRs, and will inspire you to take action appropriate to your condition: read, review, give away, join a "splinter" party, get active in your local Democratic party, if that's all you can think of to do. Permaybehaps reading some of my reviews will lead you to more effective and agreeable ideas and actions! 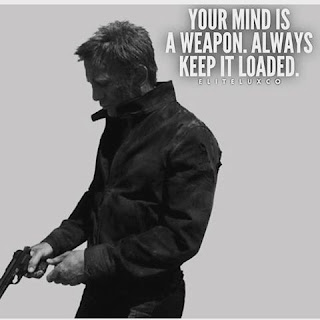 Lastly, me and my life. I am a disabled person. I (along with about 15 million other Americans) live on Disability, which I paid for with many years of FICA tax payments by me and my various employers. There is an immense amount of misinformation and disinformation floating around the right-leaning communities about this Federal program. As with so many disasters in today's world, the root of the problem most people have with it is the Reagan administration's vicious class war against the middle class. This isn't a simple subject, but it involves me deeply and personally. I have severe tophaceous gout (images here for the stern of constitution, to be avoided for the squeamish). It is constantly painful and it is incurable. I've been on maintenance medications since 1981. They have a number of unpleasant side effects, including gastric horrors, erectile dysfunction, and increased risk of kidney stones. Which are a whole different level of painful. This means I am unemployable; my age makes it impossible for me to get a good job anyway. As a result of this constellation of factors, I live in an assisted-living facility.

The State of New York requires the facility to house and feed me, though they don't feed me in that it's run by religious Hasidim who refuse to offer a gluten-free low-purine diet. It isn't legally required of them...and offering a kosher diet (despite the fact that there are few Jewish residents) is more important to them. I use my Federally mandated personal allowance of $213 a month, plus food stamps, to feed myself the proper gluten-free low-purine diet, buy my soaps and sundries, and pay for an annual Amazon Prime membership to keep myself amused and provisioned. My medical care, medicines, and hospitalizations are all paid for my the constellation of Medicare and Medicaid. Without them, I would be unable to pay for the $300 a month that colchicine (the best treatment for gout) now costs; it was $20 a month as recently as the 1990s, and $40 a month in the early 2000s. I leave it to you to work out what happened there. (Hint: the Bush administration "reformed" certain Federal programs.)

So there are some fundamental facts of my life. The net result is that I am opposed with every fiber of my being to any and all "conservative" (actually from the radical reactionary fascists) calls for abolishment/restriction/reduction of government spending on social programs when there are many millions, including me, who depend on them. As we've already paid for them with our many years of payroll taxes, reducing spending on these programs is a gross violation of our capitalist right to return on investment.

The other side of that, the beneficial result of all of it, is that my time is my own; my life is mine to structure as I please. The facility where I live is on the boardwalk in a beachside town. I live well by world standards. I am rich by third-world standards: I have hot water and clean drinking water and a warm/cool place to sleep. Luxury it isn't, but far better than it could and would be if my existence was left to what I laughingly refer to as my "family" or to private (read: religious) charity.

In 2017, I'm using that time to read and review books that support and advocate social change for the better. My energies are focused on re-rigging the rigged system, and steering the ship of state off the shoals of corporatist class warfare's upward distribution of prosperity. In a time where the bulk of humanity is becoming obsolete due to ever-increasing automation and the exponential improvements in artificial intelligence, the only use for a lower class now is as bottom-feeders whose grubbing in the ever-thinner mud left from the runoff from the economy's heights stirs up a bit more stuff for the feasters to mine. A country that can support over 100 billionaires can support its people in decent style, not in poverty, simply by redistributing that absurd imbalanced accumulation downward.

And that is what my reading of fiction and non-fiction this year will support. I ask publishers for review copies of their books because I can't afford to buy many books, and because exposure on a blog with an average of 500 or so daily viewers is worth the $50 (being generous) that a review copy, packing and shipping, and staff attention might cost. For those whose attitude is "no thanks, little flea" or "here's a file, read it on a screen," there are lots of books published every year, and I won't be reviewing yours. If I buy a book, my job is done; I've paid you and your author. 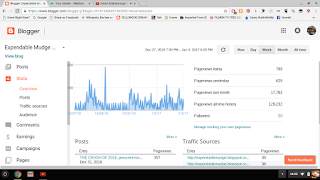 But it's my hope that many more professionals will see the value of having an unpaid, unpressured by institutions voice offering to make their work and their authors' work a bit better known.

I'm asking anyone who reads a review and likes it to talk it up. Follow this blog! Subscribe to the posts via RSS or Feedly. Pin it to your book board on Pinterest (where I can be followed as Expendable Mudge). Tweet it to your followers (follow me there as @expendablemudge). Post it on your Facebook feed. Give it a +1 on Google Plus (I'm Richard Derus there), recommend it on Reddit. Not because I'll make a profit, because I won't earn a dime off the traffic, but because books and reading matter more now, in this time of change, than ever. Voices of dissent and inclusion and fairness and change need to be heard! Boost the signal every chance you get. My signal is clear. I want many more people to receive it. The only way I can do that is with help, and yours...you're here, therefore you're like-minded...is the most crucial help I can get. Please do me the enormous favor, the deeply appreciated kindness, of boosting my call for change and fairness to each and all of your friends and followers.
Posted by Richard at 6:30 AM