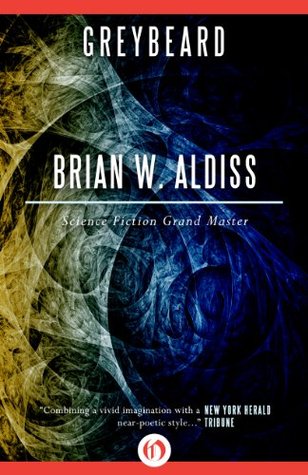 The Publisher Says: The sombre story of a group of people in their fifties who face the fact that there is no younger generation coming to replace them; instead nature is rushing back to obliterate the disaster they have brought on themselves. Was slighty revised by the author in 2012.

My Review: First published in 1964, at the tail end of one of the scariest passages during the Cold War, this post-apocalyptic look at the resilience and the lack of same in the human spirit was involving and affecting. It was also a disorganized mess.

Not that it's a complicated story, but it's always nice to have things move along in sequence when there's no reason, stylistic or otherwise, for them not to.

Aldiss' Introduction to the 2012 edition tells of the genesis of the story...a divorce, a general reduction of his life to solitude, and a desperate yearning for his lost kids...and I must say that this Introduction is what kept me going for the whole short 237ish pages. I could relate to his sense of loss and his almost desperate longing. I looked for those things in his text and really didn't find them too terribly often. Many things occur in the book, but few of them happen, if you see what I mean; Greybeard, the main character, and Martha, Greybeard's wife, aren't prone to overstatement. Jeff, a character whose slippery presence is highly emotionally charged, makes little impact in the end. Charley, the dopey religious nut, isn't much of a shakes for shakin' stuff up either. Dr. Jingadangelow (!) the snake oil salesman is fun...I picture Eddie Izzard playing the role in a movie...but rattles on and rockets off ballistically.

I didn't love the book, but it's got at its heart a futureless bleakness that resonate with. After 50 years, the Accident's specifics don't quite line up with reality, but I have no smallest problem imagining specifics that end us up in the same place. One day soon, y'all should go read [[Sir Roy Calne]]'s book [Too Many People]. I can see that causing the Accident with all too great a clarity of inner vision.

On the low end of the recommend-to-others scale, and then only to those who like post-apocalyptic stories.