THE MADONNA AND THE STARSHIP, laugh-it-up lark 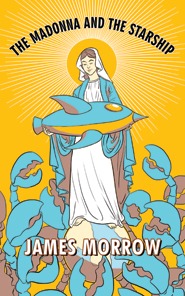 The Publisher Says: In the golden era of sci-fi TV, why were alien crustaceans so darned literal? Beloved 1950's star Uncle Wonder must create the ultimately irreverent television show — or crayfish from outer space will inflict their death-ray on an unsuspecting viewership.

It is New York City, 1953. The new medium of live television has been kind to young pulp-fiction writer Kurt Jastrow. Not only does he enjoy scripting a popular children’s space opera, Brock Barton and His Rocket Rangers, he also plays an eccentric tinkerer on Uncle Wonder’s Attic.

But Kurt’s world is thrown into disarray when two extraterrestrial crayfish-like creatures arrive at the studio. Certain that the audience for a religious program program represents "a hive of irrationalist vermin,” the crustaceans scheme to vaporize its two million viewers. Kurt and his co-writer have a mere forty hours to write and produce an explicitly rational and utterly absurd script that will somehow deter the aliens from their diabolical scheme.

My Review: What a lark! (And I don't mean either the cigarette 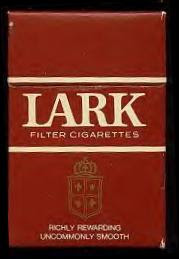 .) If you're old enough to have watched Lost in Space or Star Trek at night, you'll resonate with this tale's daffy Firesign-Theater-esque Smothers-Brothers-y energy; if Captain Video crossed your eyestalks as a sprog, a sharp pang of nostalgia will pierce your vitals to add tears to the grins.

Anyone born in, say, 1965 or later, well now...come try the waters of your elders' Glorious Pools. It is a shocking amount of fun to see every shibboleth twisted in the mouths of desperate, deranged people attempting to avert catastrophe...to no avail, and yet no catastrophe ensues. And the reason it doesn't will, if you have an irony bone at all, leave you wryly pursing your mouthparts. Religion takes its licks...there is nothing on this Earth so satisfying as the mental picture of Jesus arguing that playing god is a bad idea on a show called Not By Bread Alone...but so does rationalism by way of a surrealist romp of acid-trip proportions. Eight-foot-tall blue lobster-women wearing the statue of Prometheus from Rockefeller Center as a necklace tend to fall on the surreal end of my personal story-telling spectrum, don't know about you.

What prevents this from achieving full five-star glory for me is the frenetic pace and unwieldy cast. Too many faces, too little screen time. There was a lot to do, and I enjoyed seeing it done; but a bit more book or a few fewer folks would've served the tale being told better. The Qualimosans were so incredible that they would simply lose yet more credibility with more face-time; it's the secondary characters, Saul Silver the editor of Andromeda magazine, Walter Spalding the producer, a few others...who needed a bit more room to make their deeply funny and still very believable quirks more than Thespian masks.

This is a minor grumble, however, hidden in a major guffaw. The fun that I had reading this delectable morsel of mash-up gumbo made this trim volume a sterling value.

This work is licensed under a Creative Commons Attribution-NonCommercial-ShareAlike 3.0 Unported License.
Posted by Richard at 6:15 PM